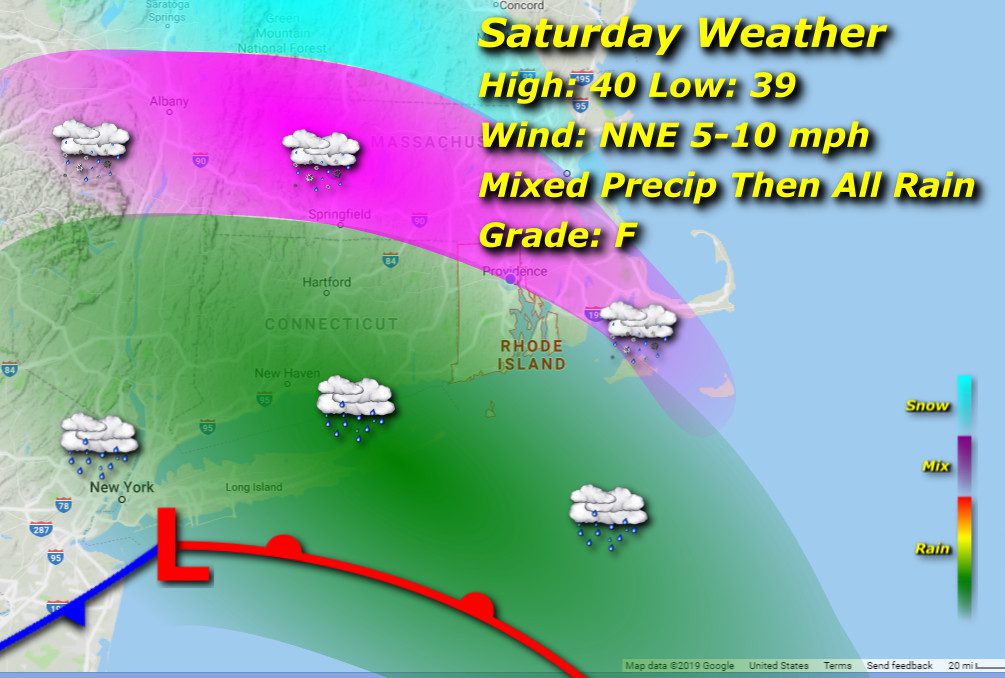 A decent Winter storm rolls through further north than it needs to be to give us real winter weather. We will instead see mainly a mixed of rain and snow that will eventually change over the rain in the afternoon before ending later in the night.

A nearly uniform temperature within a degree of 39 will do for a high and a low, and winds will be from the most annoying direction of north-northeast but less than 10 mph. Just kind of a nast day.

Storm system having mostly moved to our east, we will see more sunshine as we move through the day as dry air comes back again. Afternoon highs will top out in the low 40’s and finish out in the upper 20’s with a gusty northwesterly breeze.

John Donnelly was born in Hialeah, Florida and moved back to Rhode Island and settled in Johnston, where he grew up until graduating from Lyndon State College in 1998 with a Bachelor of Science in Meteorology. As a child John always wanted to know how air moved, and he ran towards not away from thunder and lighting and various other ominous weather phenomena. He returned in 2001 to the old family neighborhood of Elmhurst where the McCabe’s, Donnelly’s, Walker’s and Callan’s have been since after the Civil War