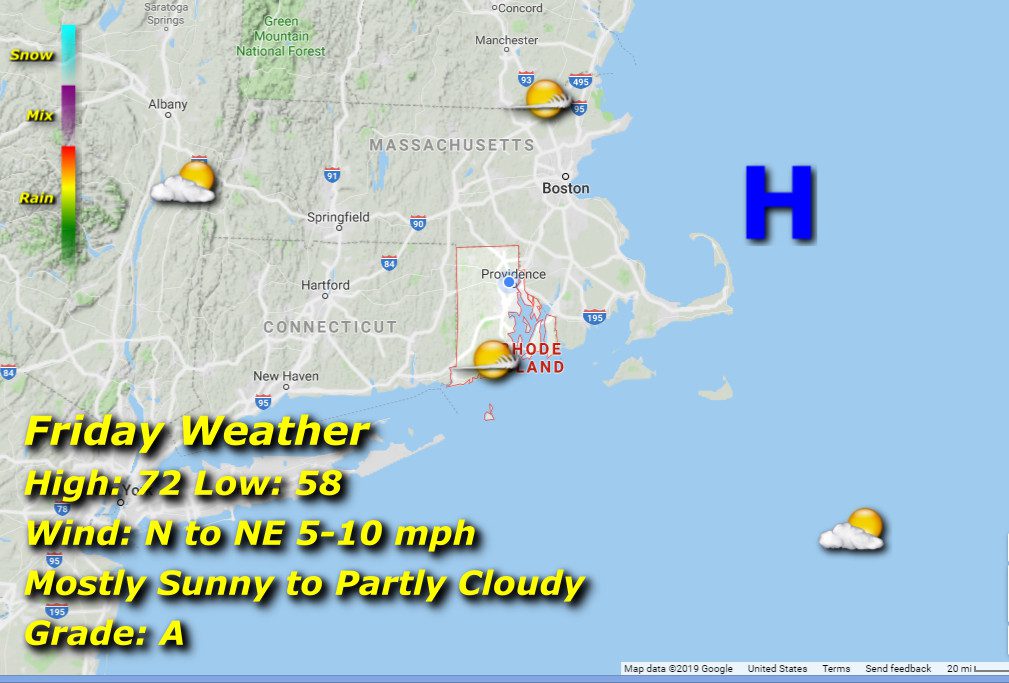 Another nice day, morning lows in the upper 50’s rise to the lower 70’s with a light breeze shifting from northerly to northeasterly. Plenty of sun with patches of scattered cloud cover that will likely increase later in the day as the high pressure slips eastward and feeds the next frontal system out west.