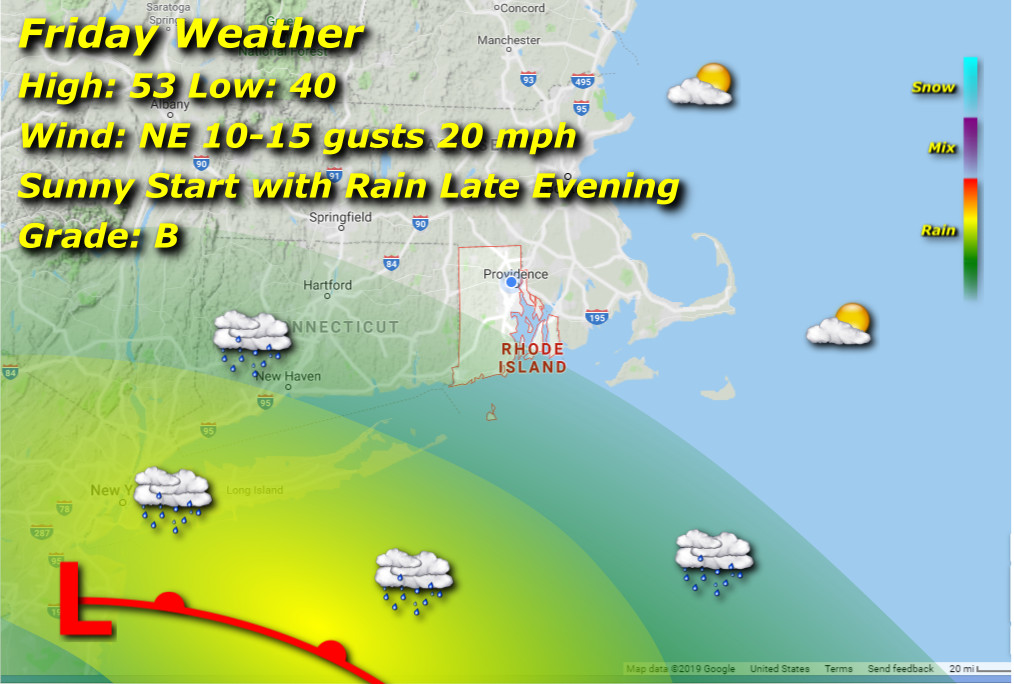 A break in the inclement weather for our Friday, with a partly cloudy and chilly start, morning lows around the 40 degree mark. We’ll rise only to the low 50’s as cloud cover begins to seep into the area in the afternoon on an easterly breeze, with light rain developing by the evening hours and continues through the night, to start what looks to be a rainy Halloween weekend.