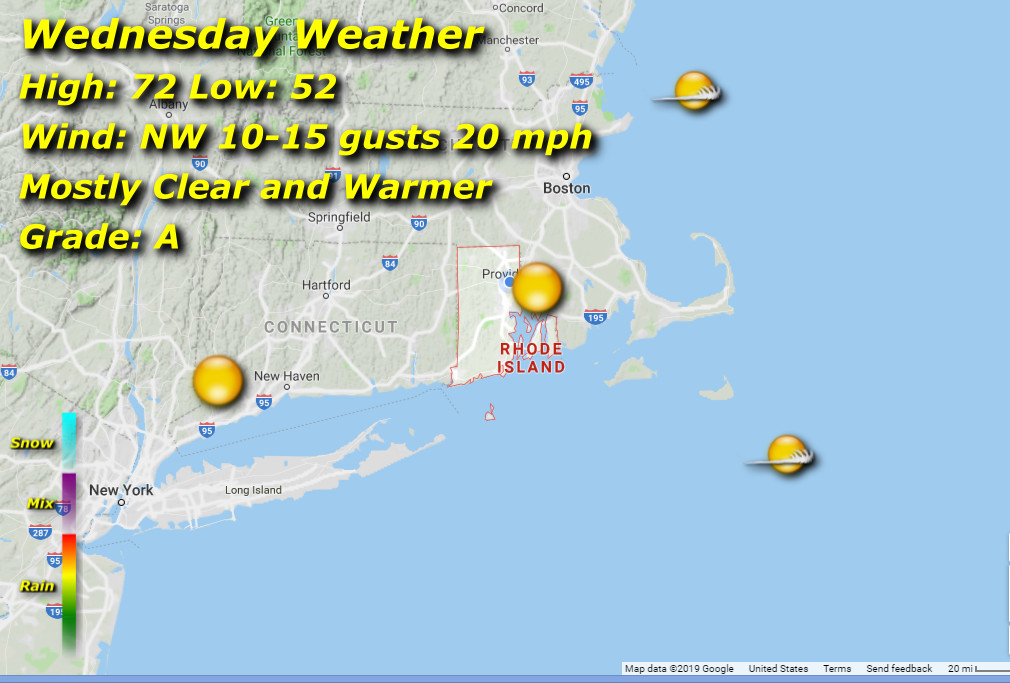 Mid and upper level ridge moves in allowing for a thicker atmosphere, so expect warmer weather today with morning lows in the mid 50’s rising to the lower 70’s in the afternoon with a lighter westerly breeze and plenty of sunshine.