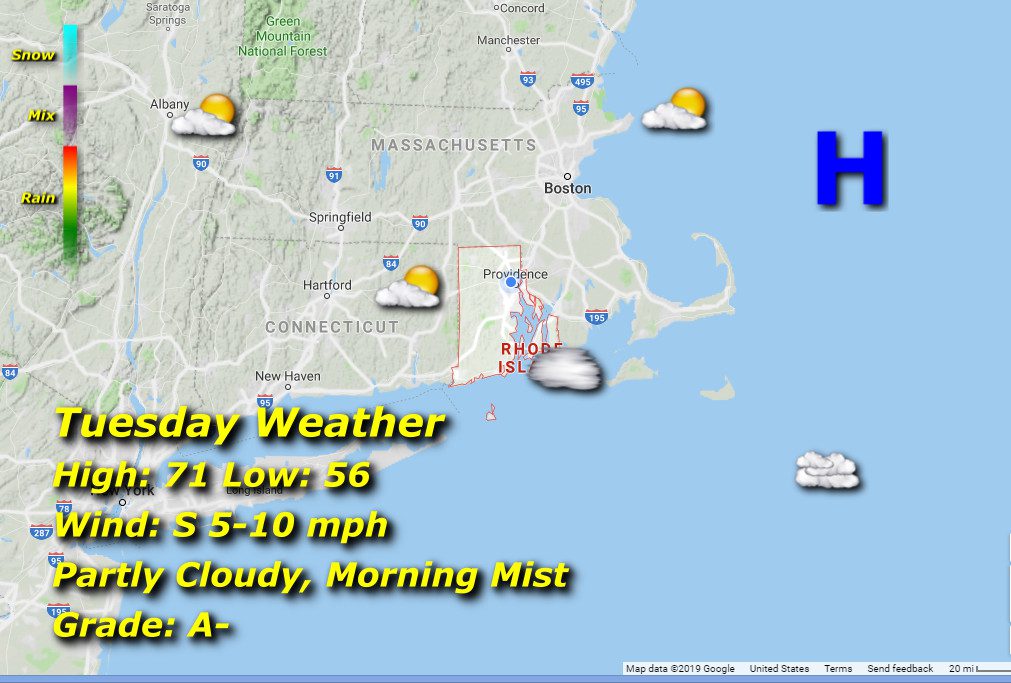 High pressure slides further east bringing winds around from the south during the day after some morning mist and coastal fog. We’ll have partly cloudy skies and high temps in the low 70’s from morning lows in the mid 50’s.