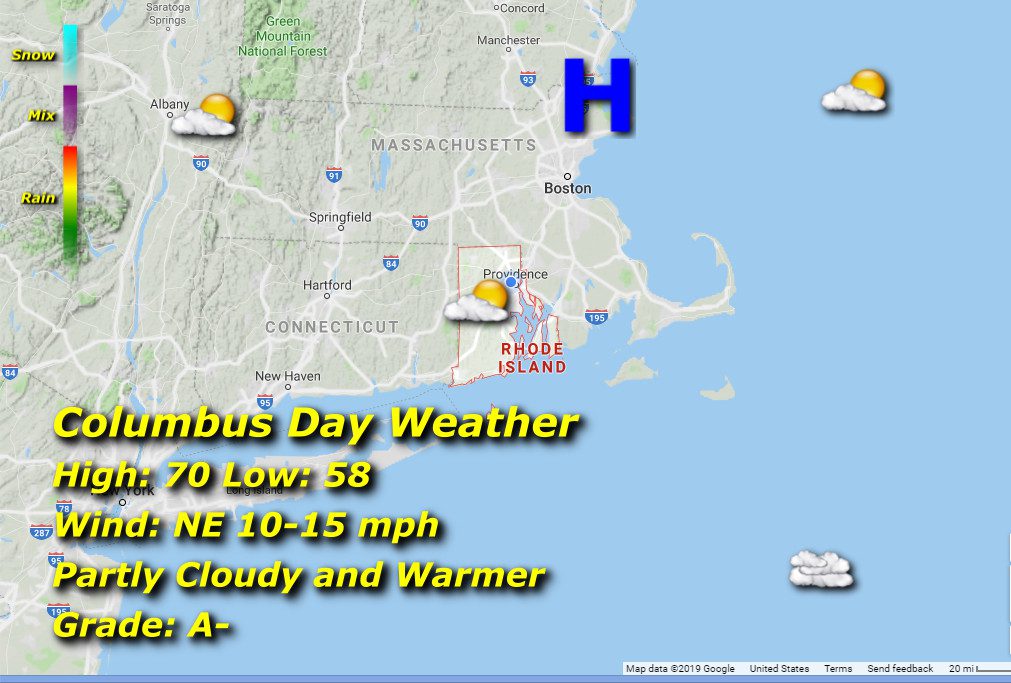 High pressure will still be the main driver of our weather for Columbus Day, northeasterly breezes keeping some cloud cover moving in from the Atlantic. As we head through morning, the clouds will break up and we’ll get some more sunshine and with it warmer temps, afternoon highs reaching 70 and evening lows dropping to the upper 50’s.