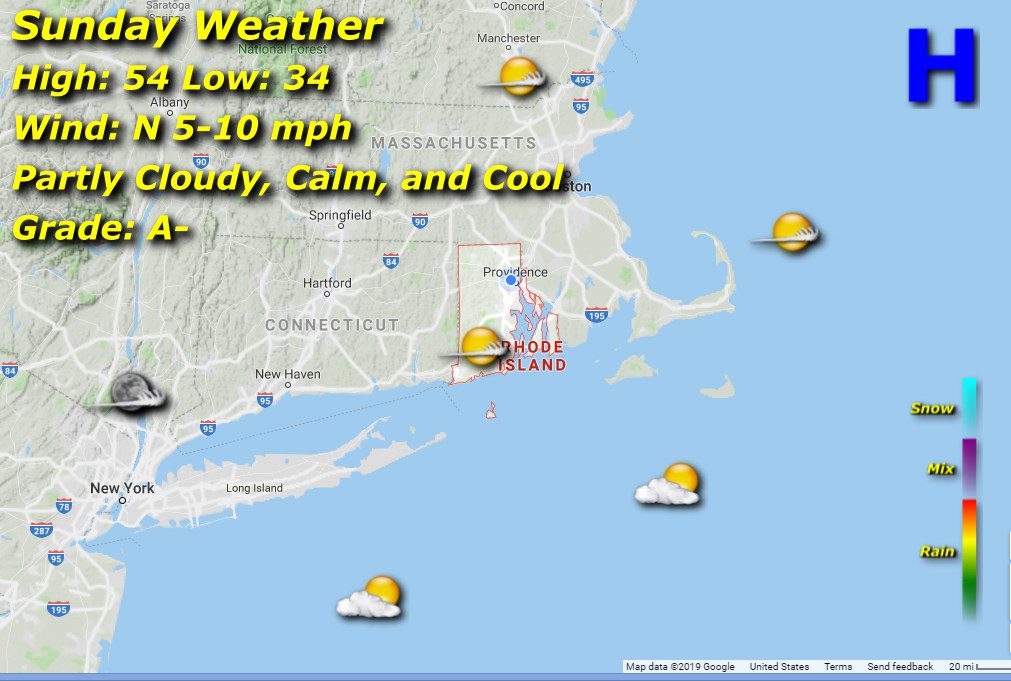 Similar to Saturday, with afternoon highs in the low 50’s from morning lows in the low 30’s. The only difference will be a light northerly breeze and some more cloud cover, but of the fair weather type. No significant weather expected.