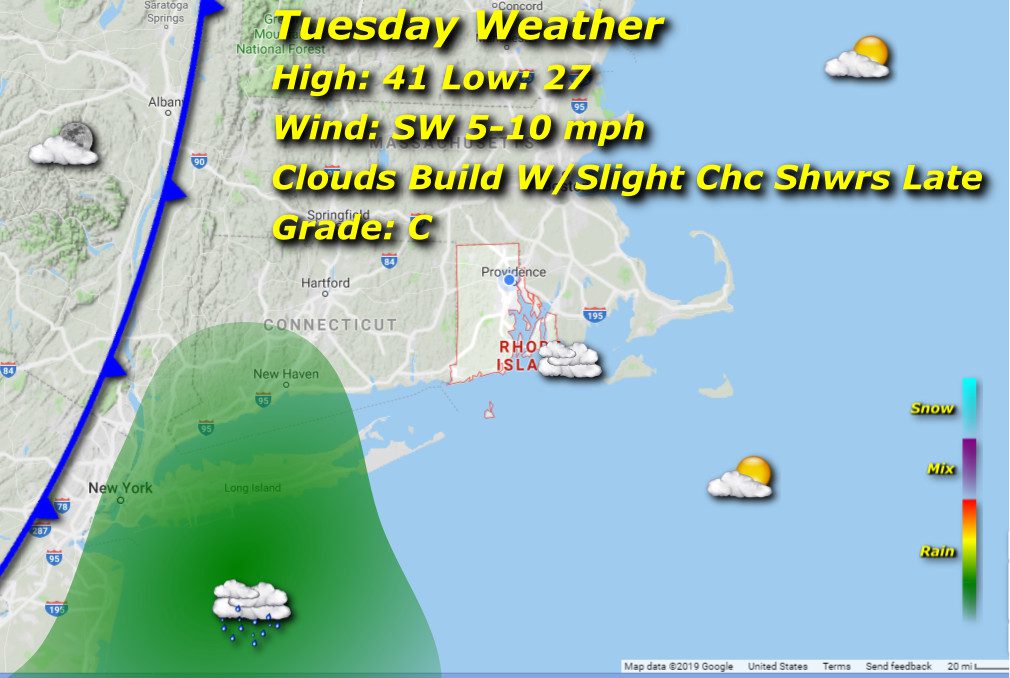 Another weak cold front approaches the area during the day with the slight chance of some cold rain or flurries later in the day and early evening. Cold morning lows in the upper 20’s “warming” only to the low 40’s with a light southwesterly breeze.