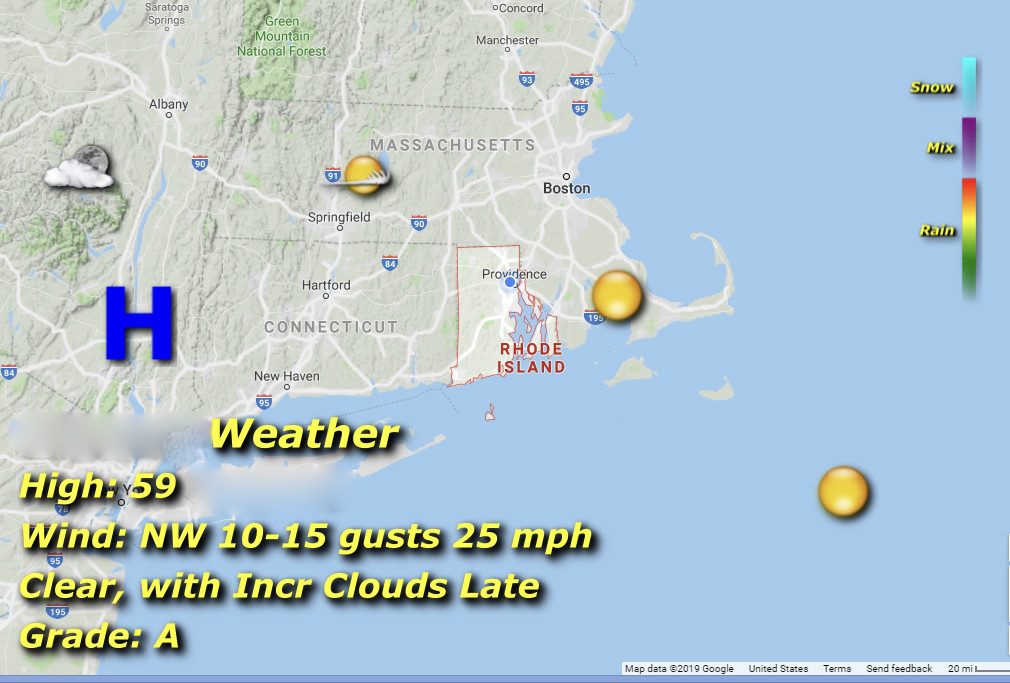 Stable air dominated by high pressure keeps cloud development to a minimum, so lot’s of sunshine and slightly cooler than normal temperatures. Looking for a morning low in the upper 30’s and an afternoon high in the low 50’s with a gusty west-northwesterly breeze.