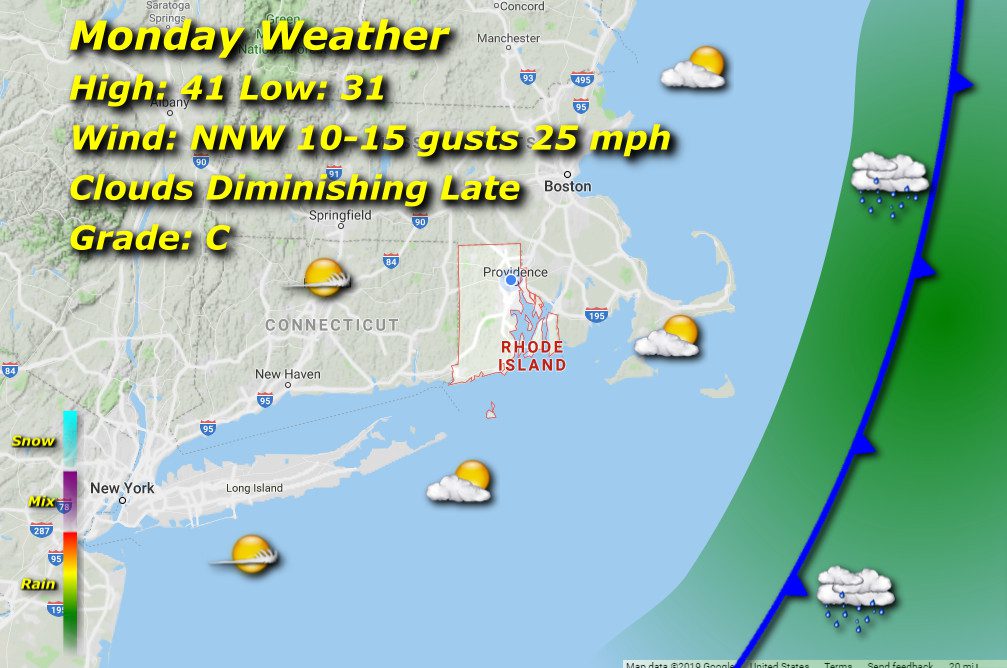 Cold front slowly moves out to sea with mainly cloud cover lingering through the afternoon before thinning and lifting. Still breezy and cool, afternoon highs struggling into the low 40’s followed by evening lows in the low 30’s.