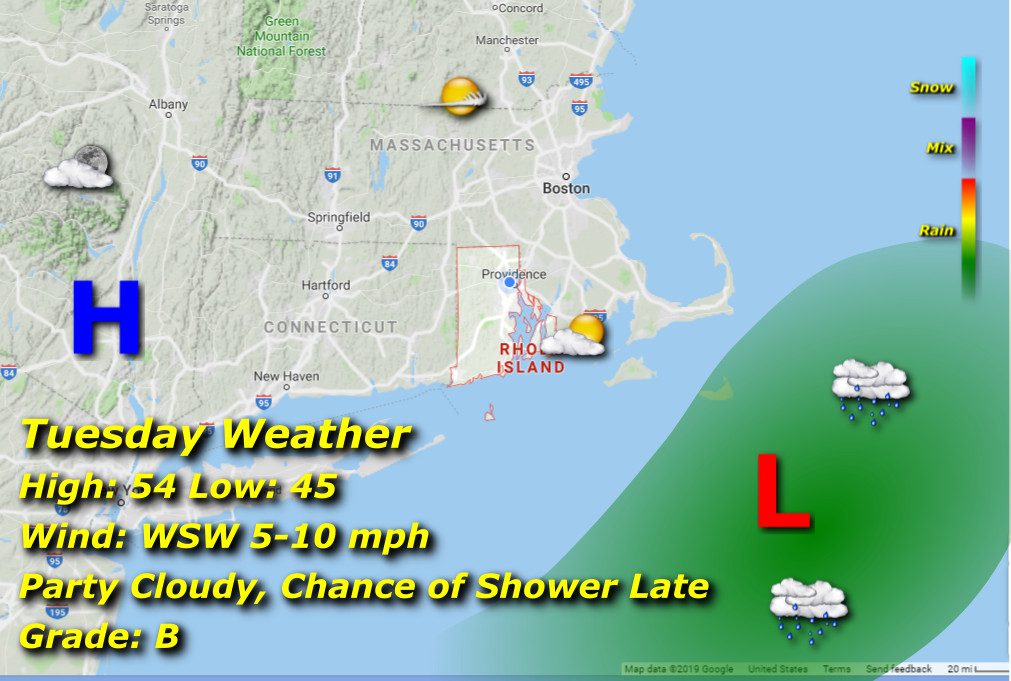 A weak area of low pressure in the Atlantic forms and may reach back with some showers later in the evening as it heads to the northeast. Chances are low for this, but they exist. Mainly cloud cover from this event.

We’ll start in the lower 40’s and end there as well, with highs in the mid 50’s during the afternoon under partly clout skies and a light breeze out of the west southwest.