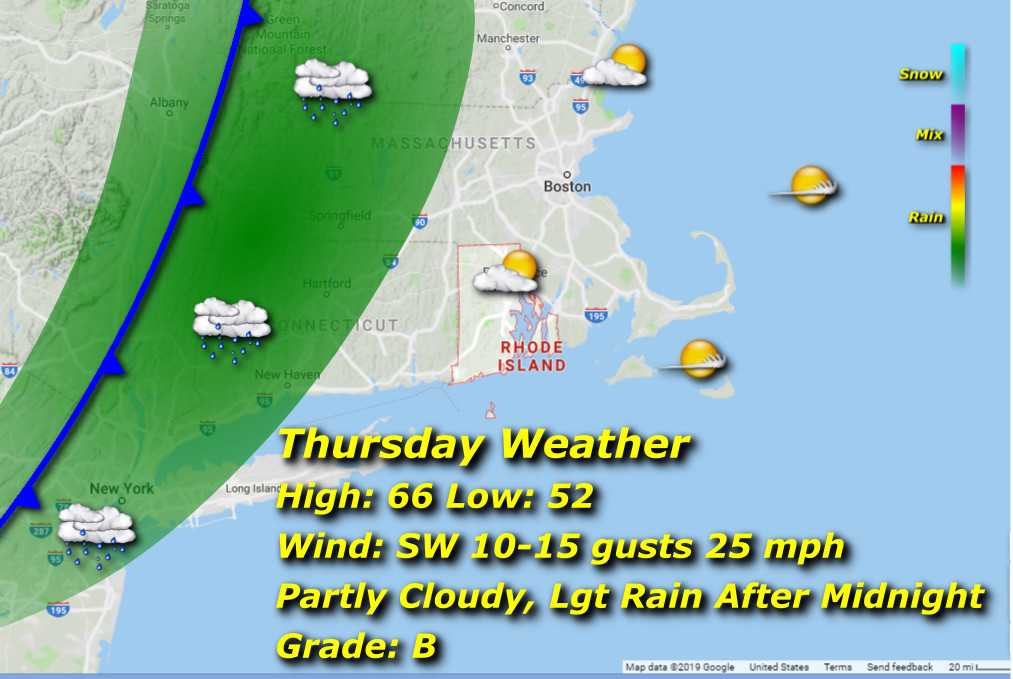 High pressure gives way to a frontal system that eventually will kick up some evening light rain showers and a wind shift. In the meantime, we should benefit from warm sector high temperatures in the mid 60’s from morning lows in the low 50’s and a light southwesterly breeze gusting in the afternoon and shifting to west-northwesterly after the frontal passage overnight into early Friday morning.