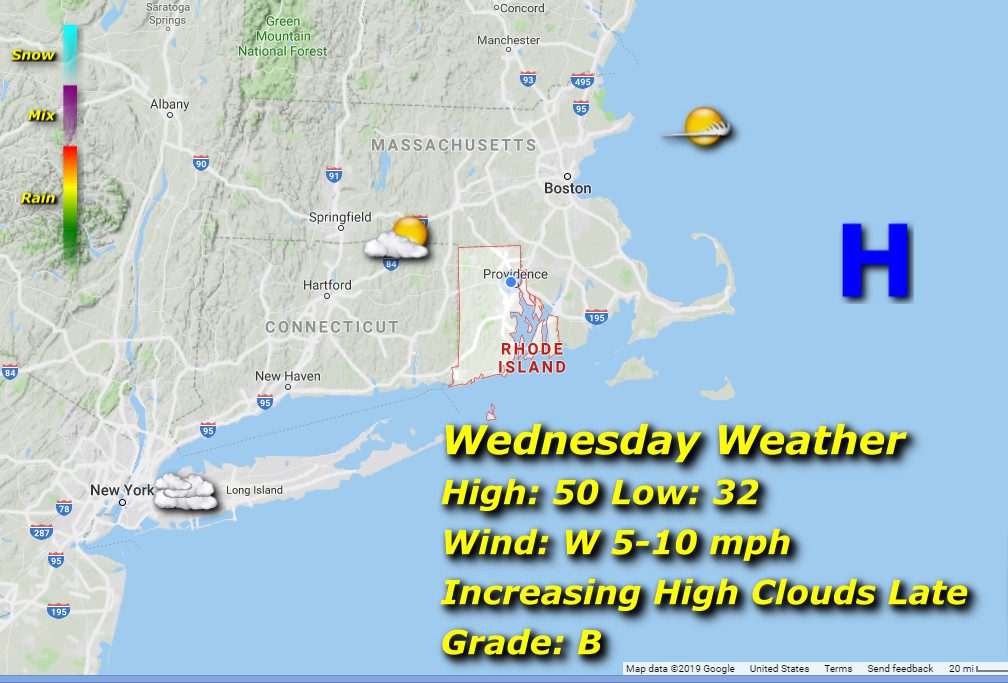 High pressure move slightly to the east, as a developing mid-western frontal system approaches from the west later in the day. Only some high cloud cover expected with this system through the evening/overnight into Thursday morning with a slight chance for some light showers. Cold morning lows around the freezing mark, warming to around 50 in the afternoon with a light southerly breeze.