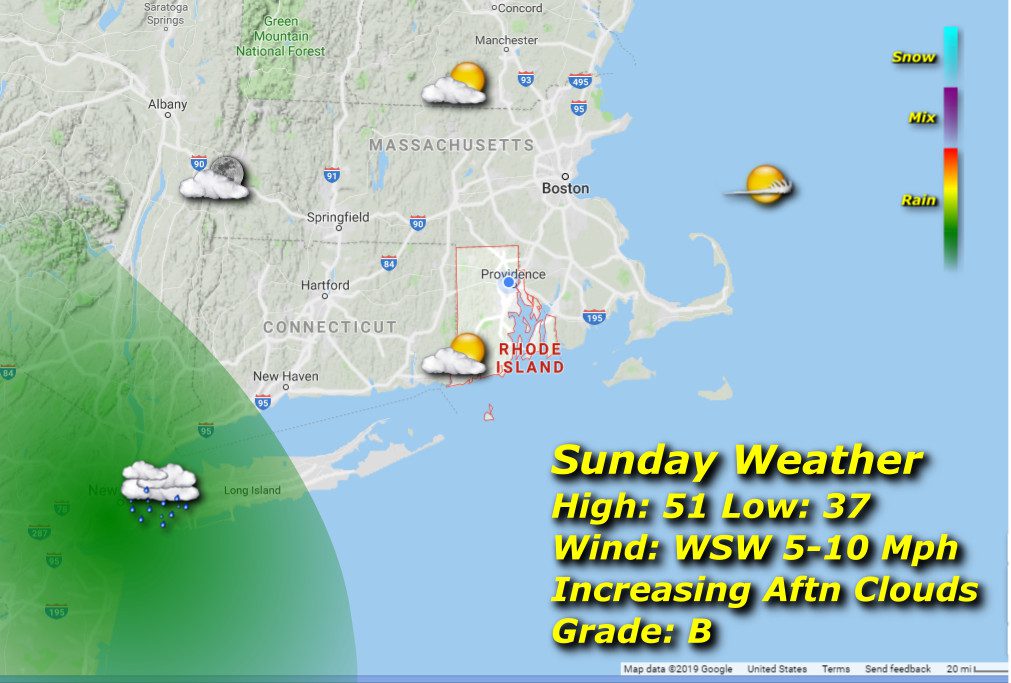 A chilly start to a mostly clear morning, lows in the upper 30’s warm only to the low 50’s with a light westerly breeze. Cloud cover increases ahead of the next weather system to strike later in the night with some light rain expected in the wee Monday hours.