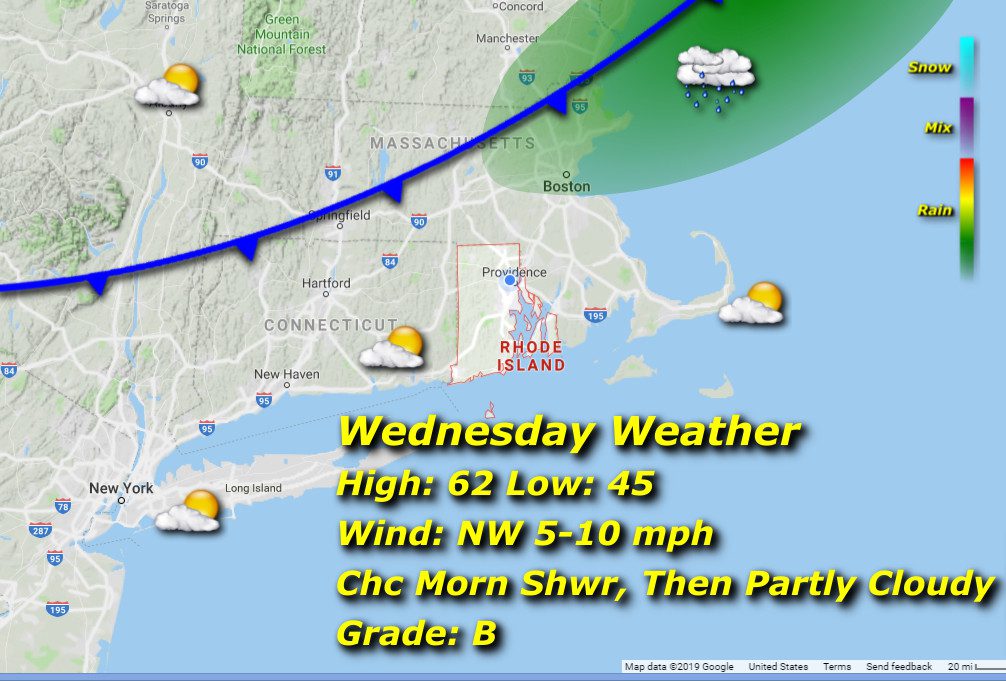 Aside from a chance of morning showers as a weak disturbance passes through, we should have a pretty nice partly cloudy day. With afternoon highs in the low 60’s followed by evening lows in the mid 40’s and a light northwesterly breeze.