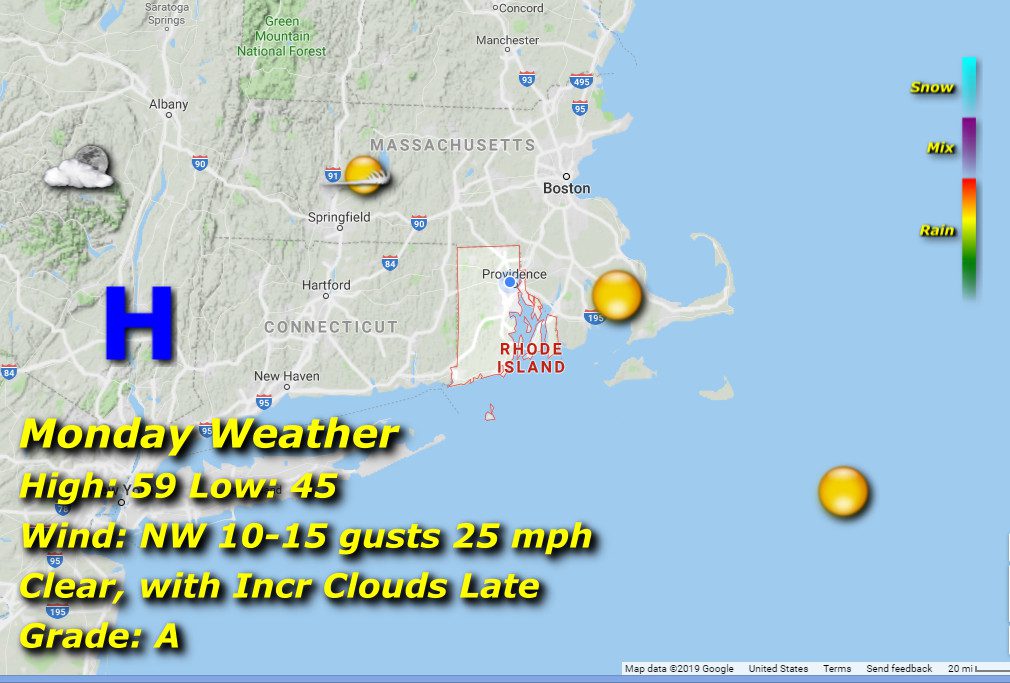 High pressure to our west drives in dry stable air helping to keep cloud cover to a minimum through the morning and early afternoon. Some cloud cover moves in later in the day, but nothing will become of this. We’ll start off with a morning temp around 50 rising to the upper 50’s with a northwesterly breeze gusting 20-25 mph, and then cooling to an evening low in the mid 40’s.

A brilliant Monday, if such a thing exists.