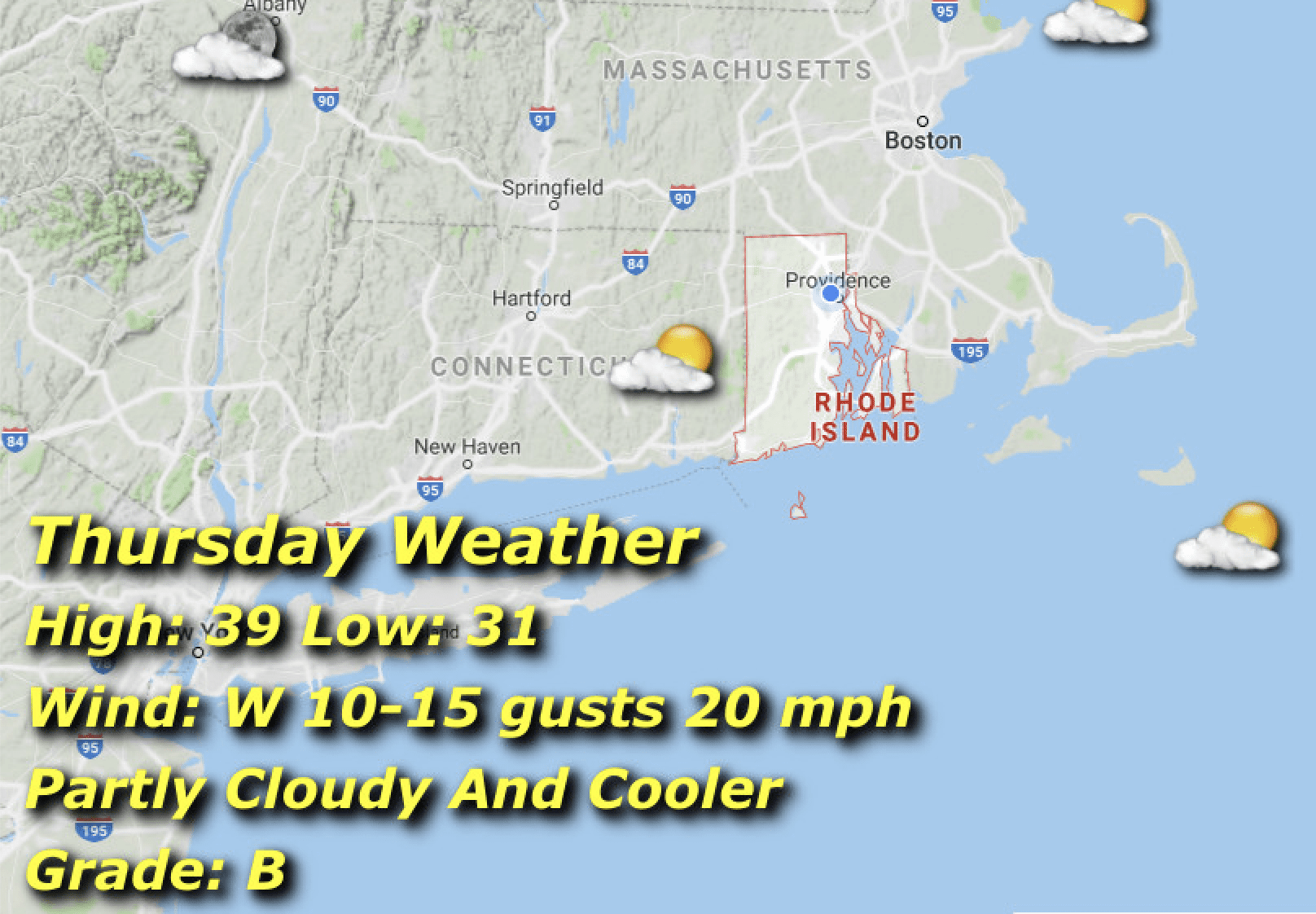 A rather bland weather Thursday, calm before the storm, one might say. Partly cloudy with westerly breezes and normal temperature range with highs in the upper 30’s and lows in the low 30’s.