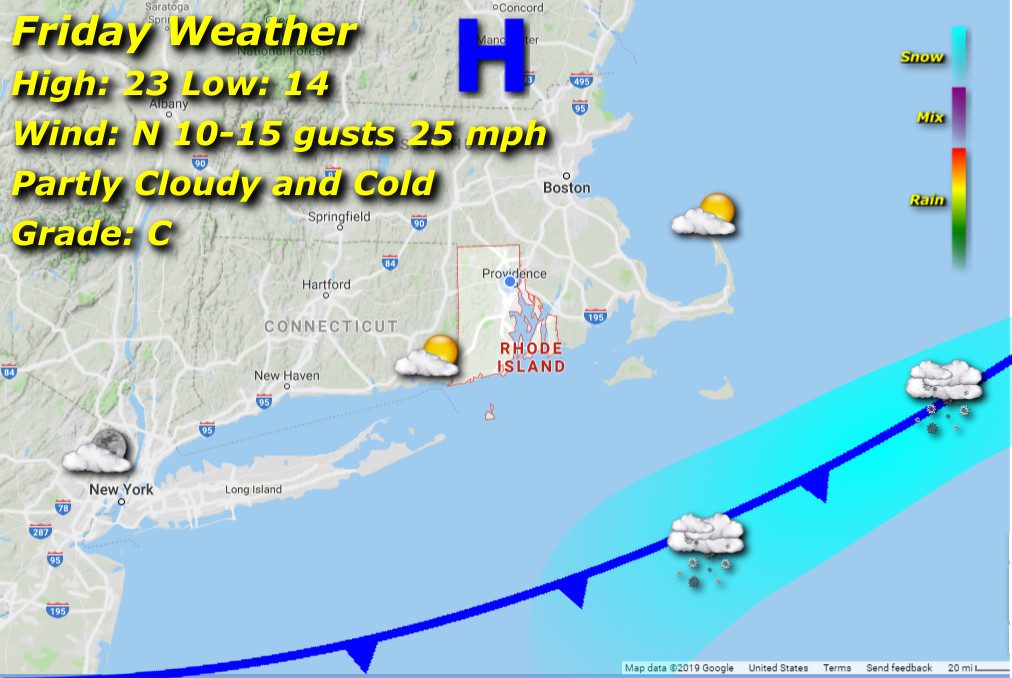 High pressure to our north will drive cooler air into the area, while pushing yesterday’s cold front further out to sea. Morning lows down in the mid teens will rise only to the low 20’s in the afternoon with a breeze that will keeps chill temps in the high single digits.

No precipitation of any kind is expected, and even a gathering low pressure system over the southeastern US will likely pass to our south, so we’ll have a quiet but chilly few days ahead.