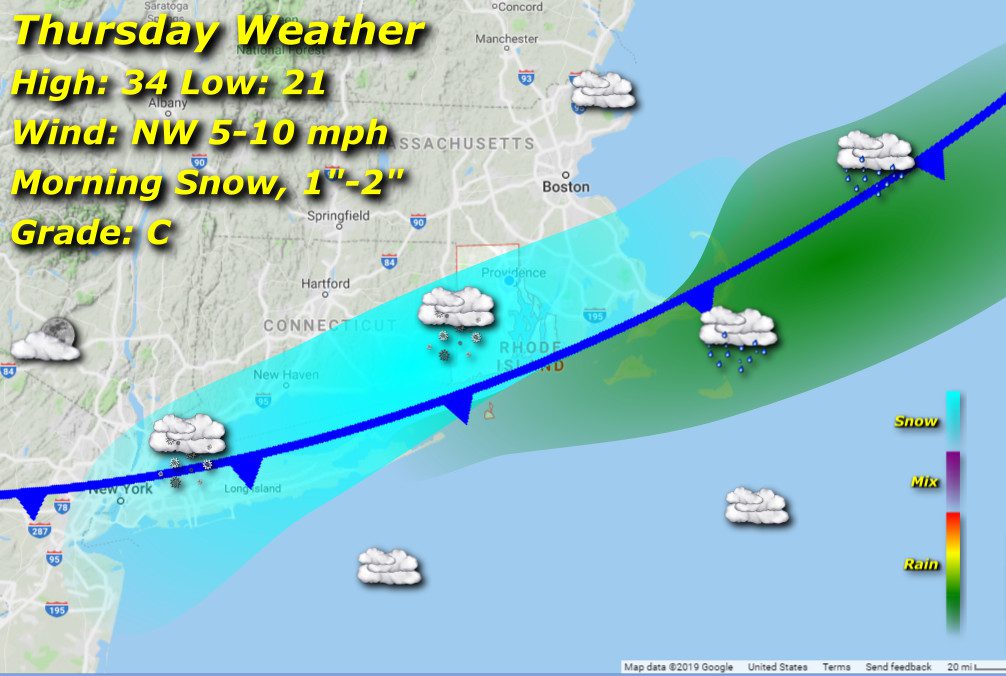 A cold front sweeps through and hands us some predawn rain changing to snow and accumulating one or two inches by morning’s end.

We’ll see some afternoon sun as temperatures fall behind the cold front’s passage, so the snow should stick around for a couple of days.

A midnight high in the mid 30’s will give way to an evening low in the low 20’s with a light northwesterly breeze.