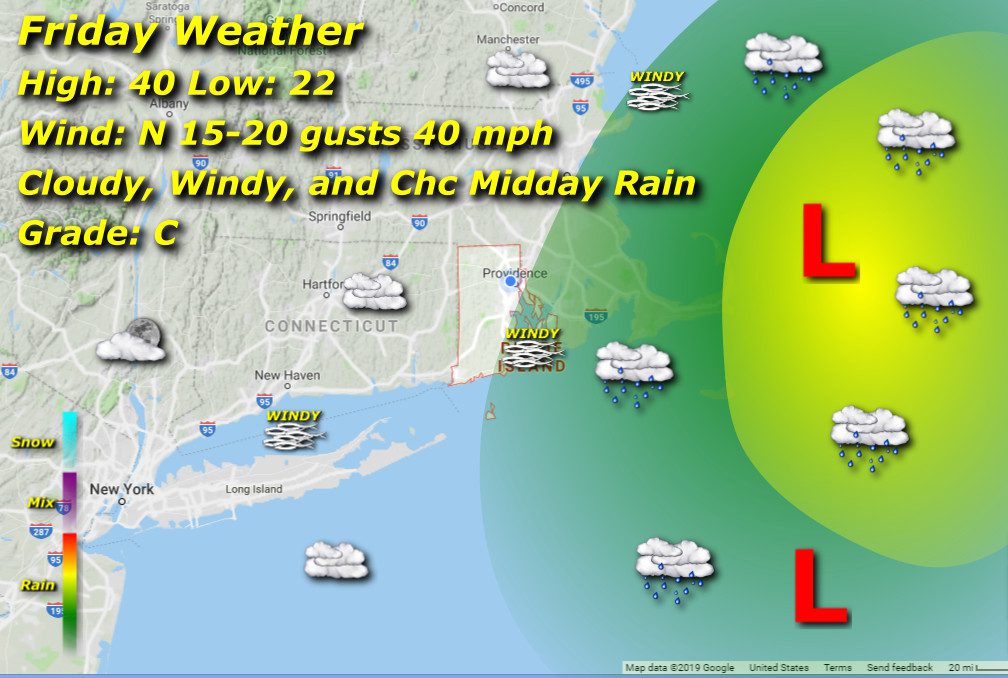 It looks like we will dodge a major bullet as two dive-bombing low pressure centers ‘Fujiwara’ their way along the northeast US coast, meaning they will be holding hands and spinning around one another, neutralizing some of the main bite of the whole storm.

We’ll still see some rain out of the deal here during the midday hours, but the bulk of the action will remain out to sea, avoiding what could have been trillions of gallons of rain.We won’t escape the howling winds, however. Gusts during the afternoon will approach and in some coastal areas, exceed 40 mph.

Be on the lookout for tree shrapnel!

Early afternoon highs around 40 plummet to the low 20’s by evening as those blue northeries drag in the cold air.