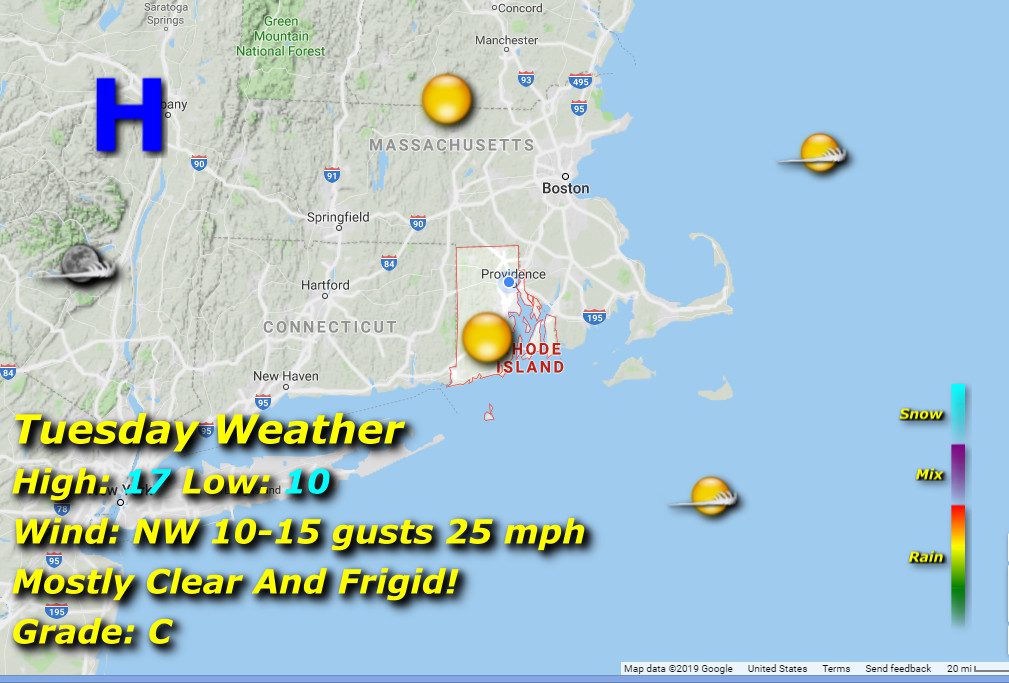 A rude winter awakening for us, with frigid morning lows in the low teens that will only ‘warm” to the upper teens…rather insulting. And, a nice northerly wind will blast away what miniscule warmth there is, so wind chills will be down in the negative single digits through the afternoon.

Hey, the useless sun will be shining bright, so there’s that.