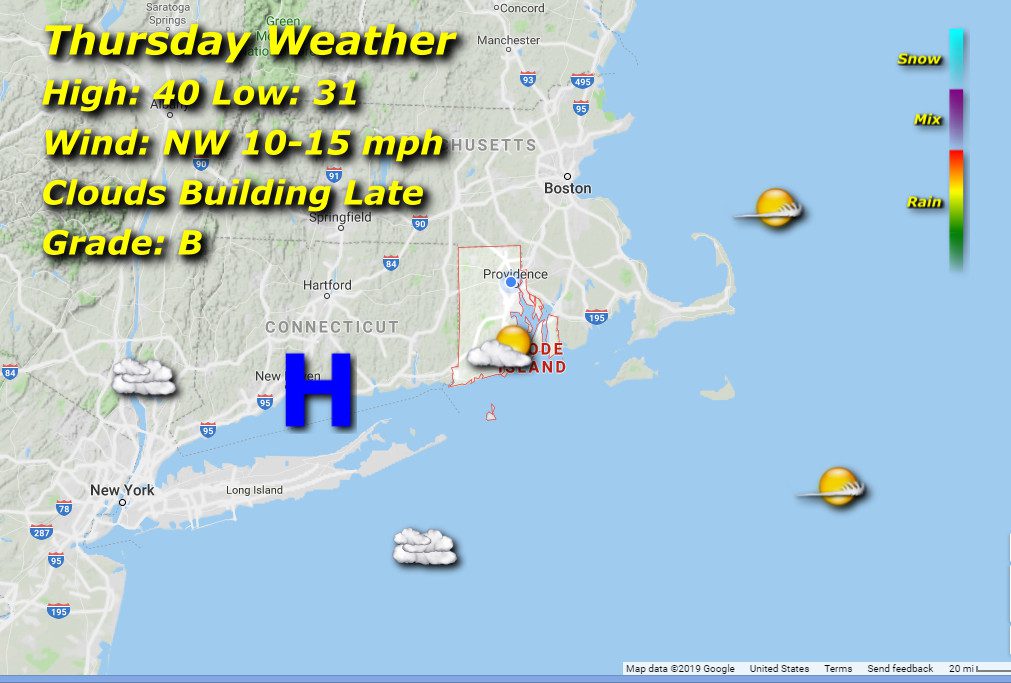 High pressure builds in for a day and keeps us out of the hairy weather for the time being. We will see some cloud cover thickening later in the day ahead of another low pressure system brewing over the Great Lakes.

A little on the cool side, with afternoon highs in the low 40’s combined with morning and evening lows around freezing with a light northwesterly breeze.