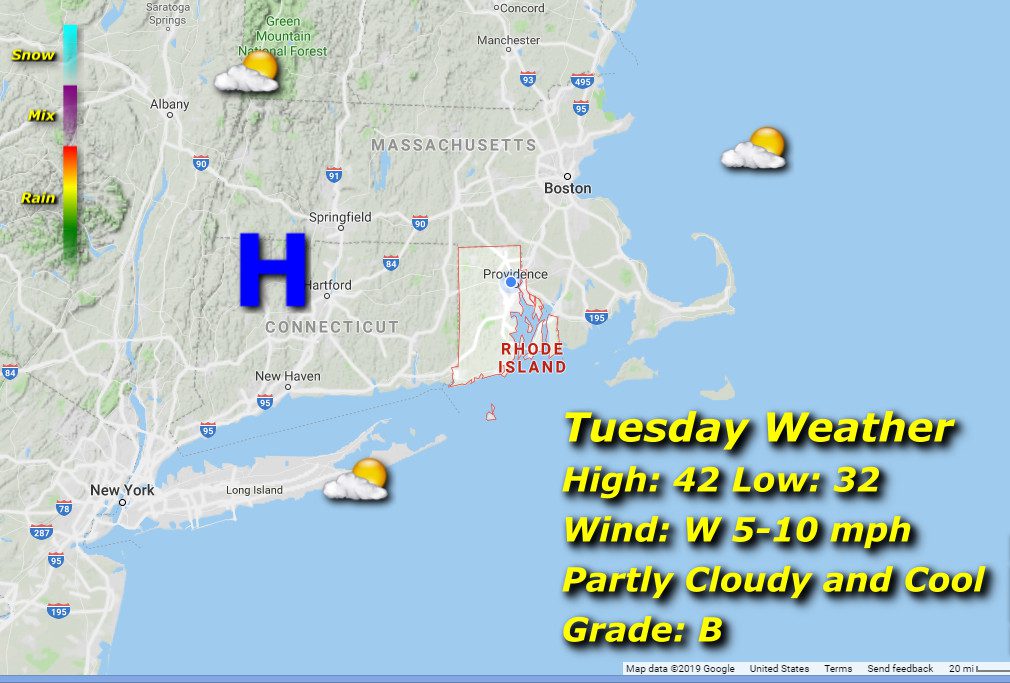 High pressure returns and puts a stop to just about all of the wind and brings a more seasonable set of conditions to southern New England. Morning lows around freezing, so some frosty windshields in store, warming to the low 40’s with a light westerly breeze under partly cloudy skies.