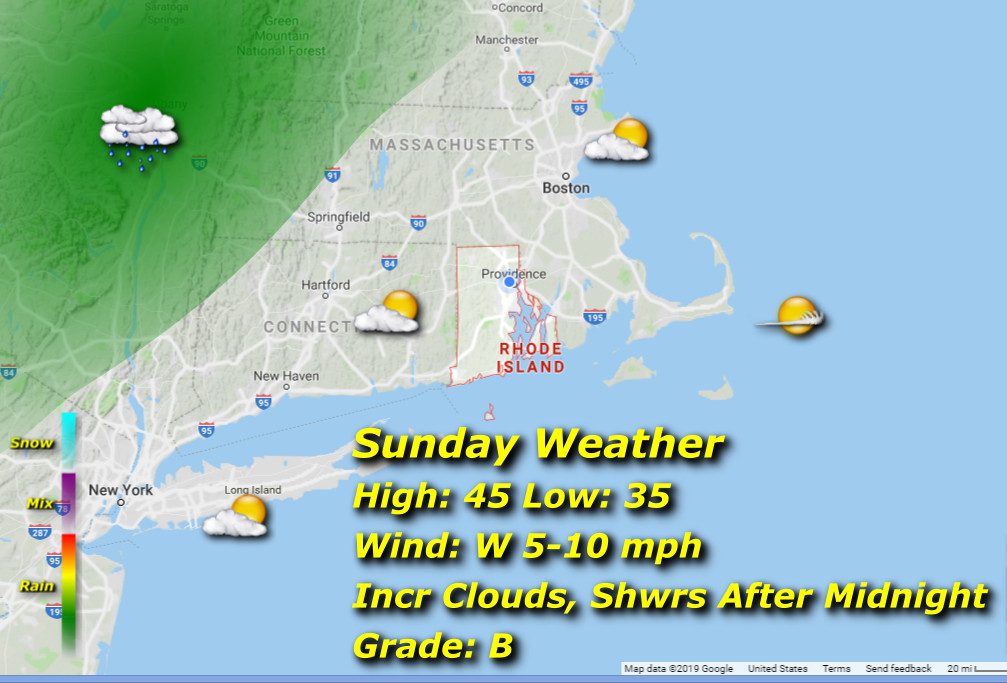 Another system develops over the Great Lakes and inches eastward with high cloud cover ahead of the system filtering into southern New England and eventually some light rain could arrive sometime after Midnight Monday.Morning lows and the mid 30’s rise again to the mid 40’s with a light westerly breeze.