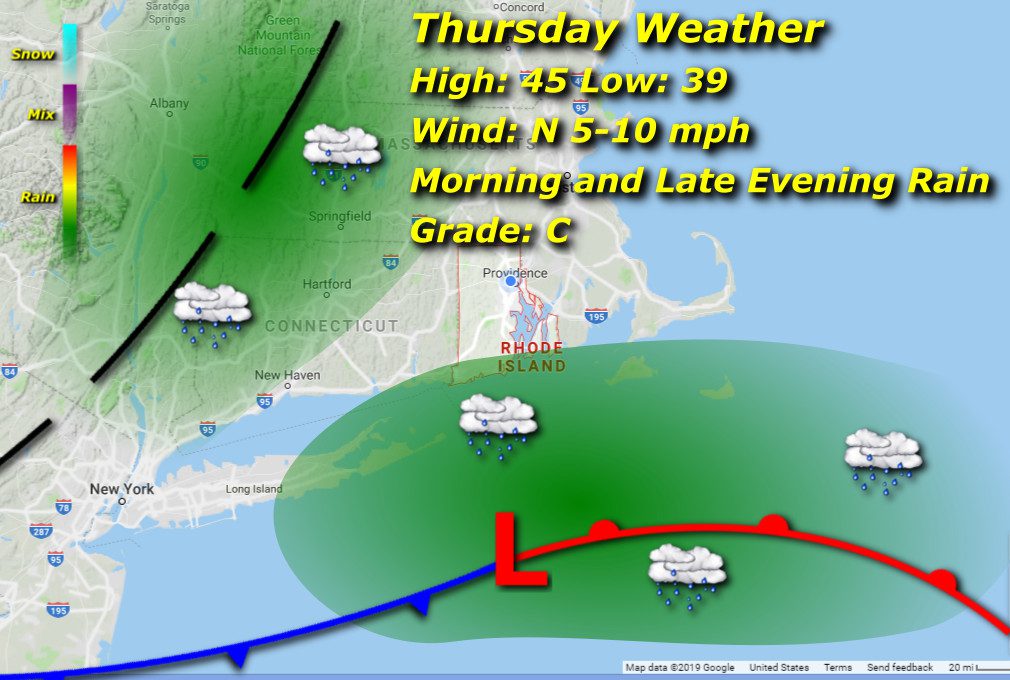 A southern stream low pressure system skirts the coastal area with some early morning light rain expected ending around 8am. Cloud cover remains, and then another weak trough of low pressure sweeps in from the northwest later in the evening with some light showers expected overnight into early Friday.

Winds generally light through the day, shifting from northerly to southerly late. Morning lows in the upper 30’s rise to the mid 40’s in the afternoon.