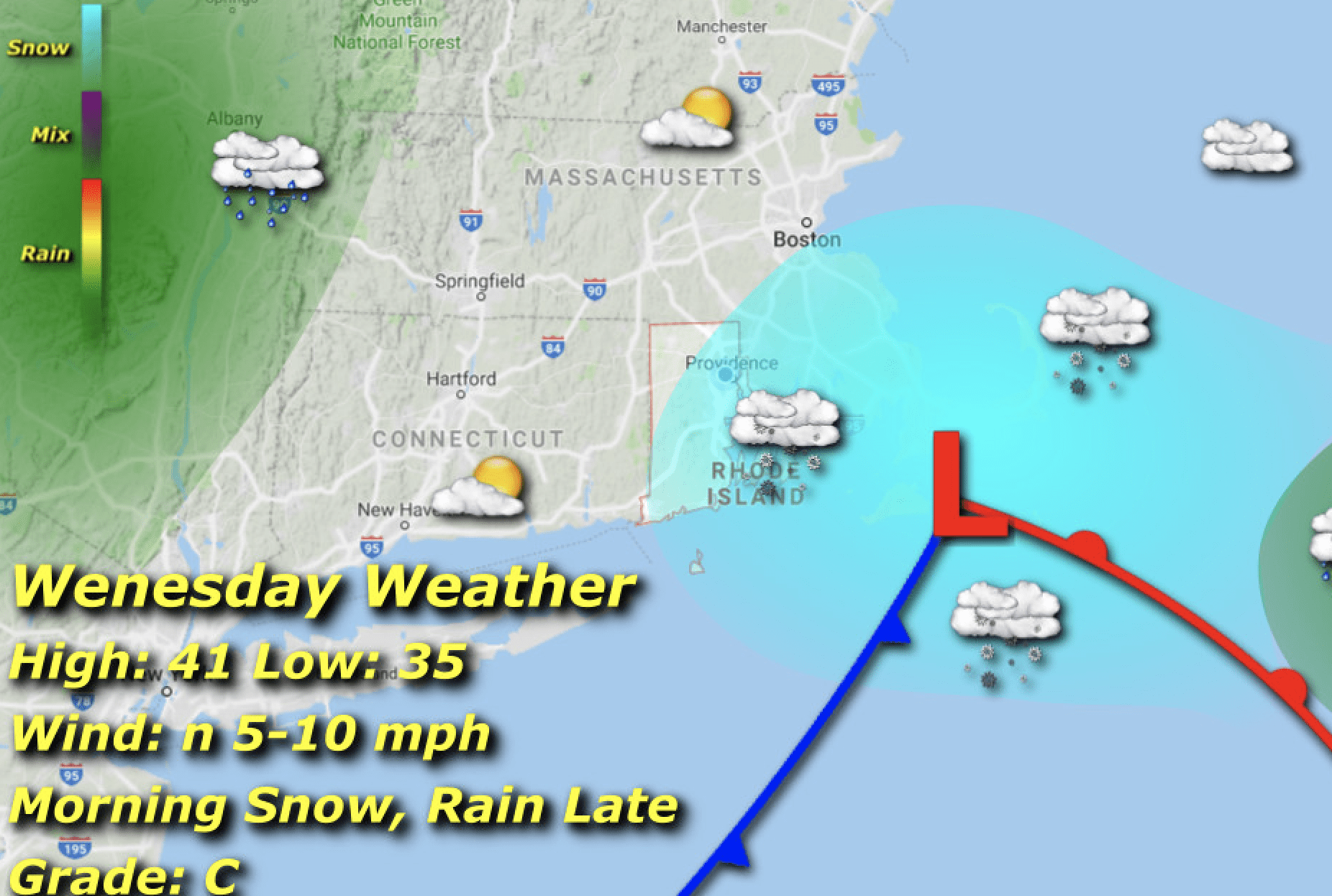 A couple of frontal systems combine to provide a variety of precipitation, from snow in the early morning up to an inch, followed later in the evening by light rain, with maybe a rare sighting of the sun in between.

Temps will warm once the snow has passed and warm air fills in to afternoon highs in the low 40’s from morning lows in the mid 30’s with a light northerly breeze.