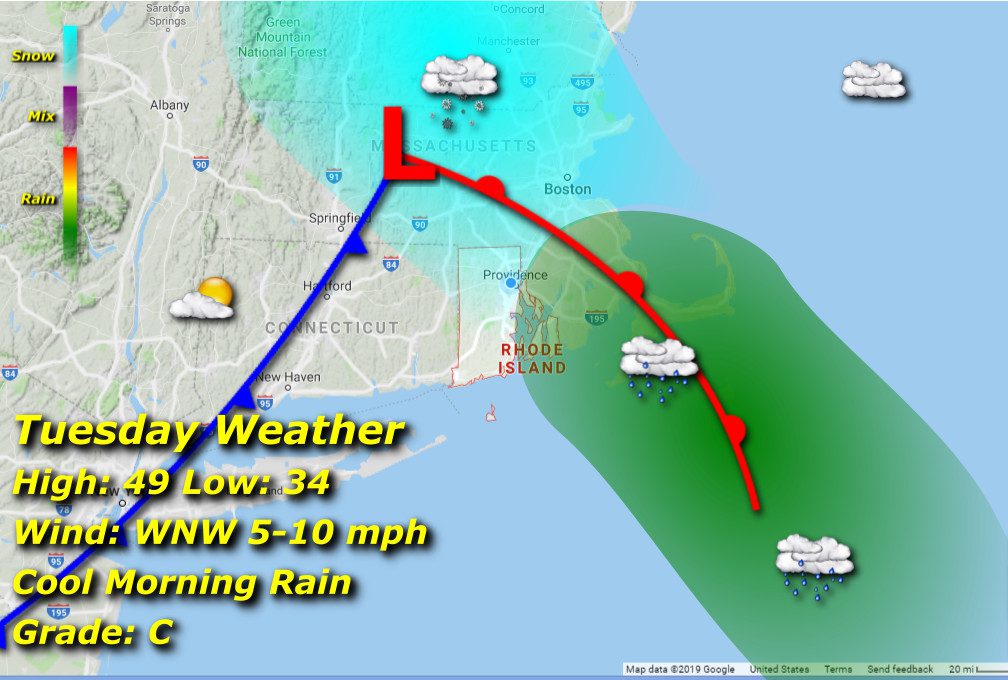 A taste of winter overnight gives way to some limited warmth during the afternoon, light rain having ended by mid morning. We’ll see temps rise from wet and raw low  30’s to more Fall-ish upper 40’s by afternoon with a light west-northwesterly breeze.

Another low pressure system in what looks like a weeks’ worth of them will roll in later in the evening with some showers after what little sun we get tucks itself away.