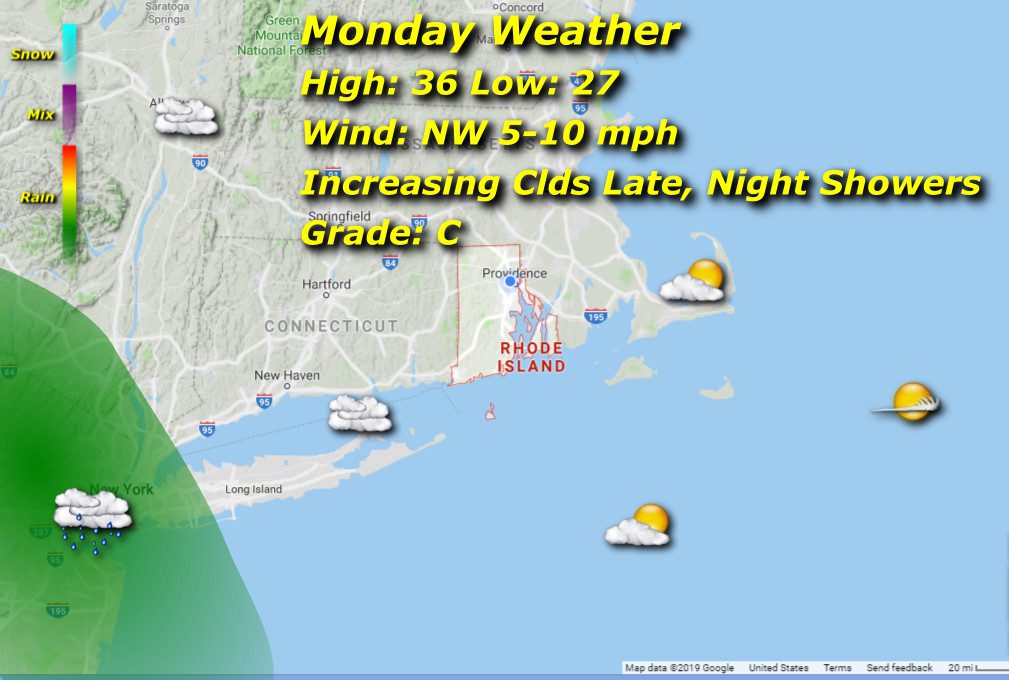 A partly cloudy start with cool morning lows in the upper 20’s. Cloud cover thickens and slowly moves in aloft, as yet another little mid-western storm system begins percolating and oozing through the eastern US.

Eventually we could see some drops of cold rain or some slight mixing with flakes in the unnoticed overnight hours. Winds generally light out of the northwest, afternoon highs in the mid 30’s.