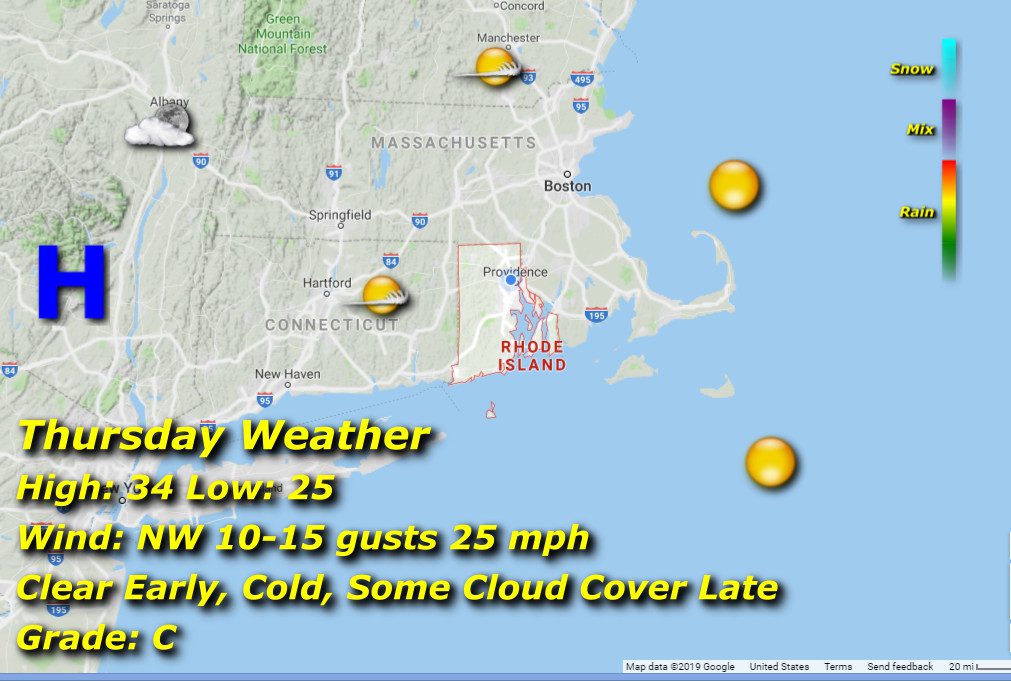 High pressure keeps cool Canadian air in place for another day with mostly clear skies and diminishing winds. We’ll have chilly afternoon highs only in the mid 30’s, cooling in the evening to the mid 20’s with some high cloud cover spilling in late. Northwesterly breezes fall quickly in thee morning to less than 10 mph.