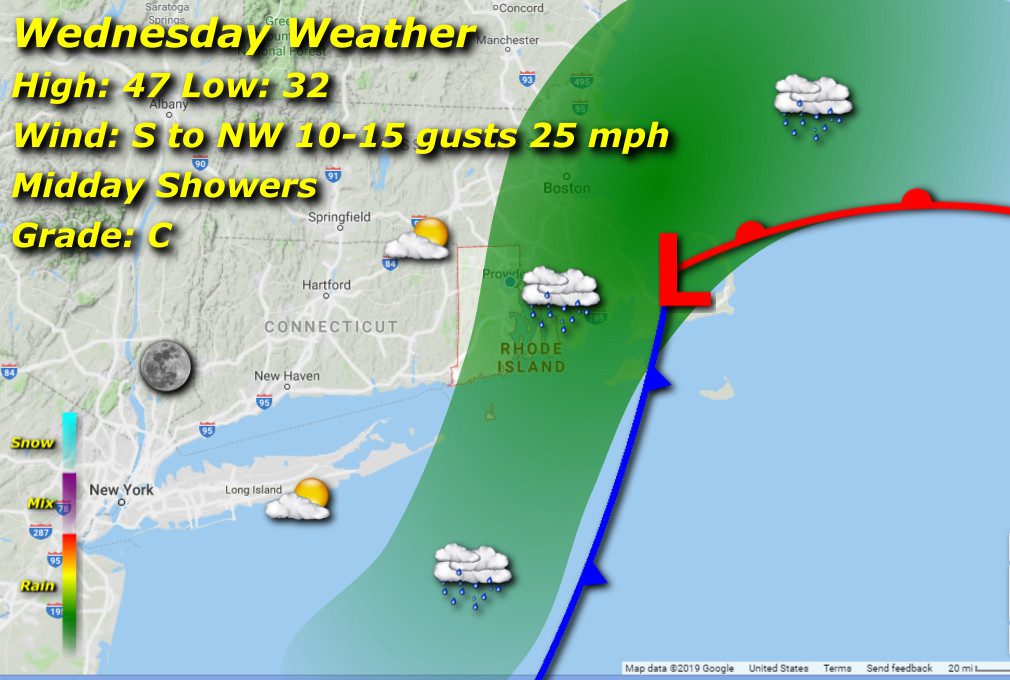 A coastal low pressure system rides into town overnight with some brief pre-dawn rain, and then some midday showers as the low center passes just to our east.

A vigorous push of cool air comes in behind the system with gusty northwesterly breezes approaching 30 mph in the early afternoon, resulting in plunging dew points and rapid clearing for the rest of the day and evening.

Winds will stay up through the night, gusting 25-30 mph as temps fall to the low 30’s from afternoon highs in the mid and upper 40’s.