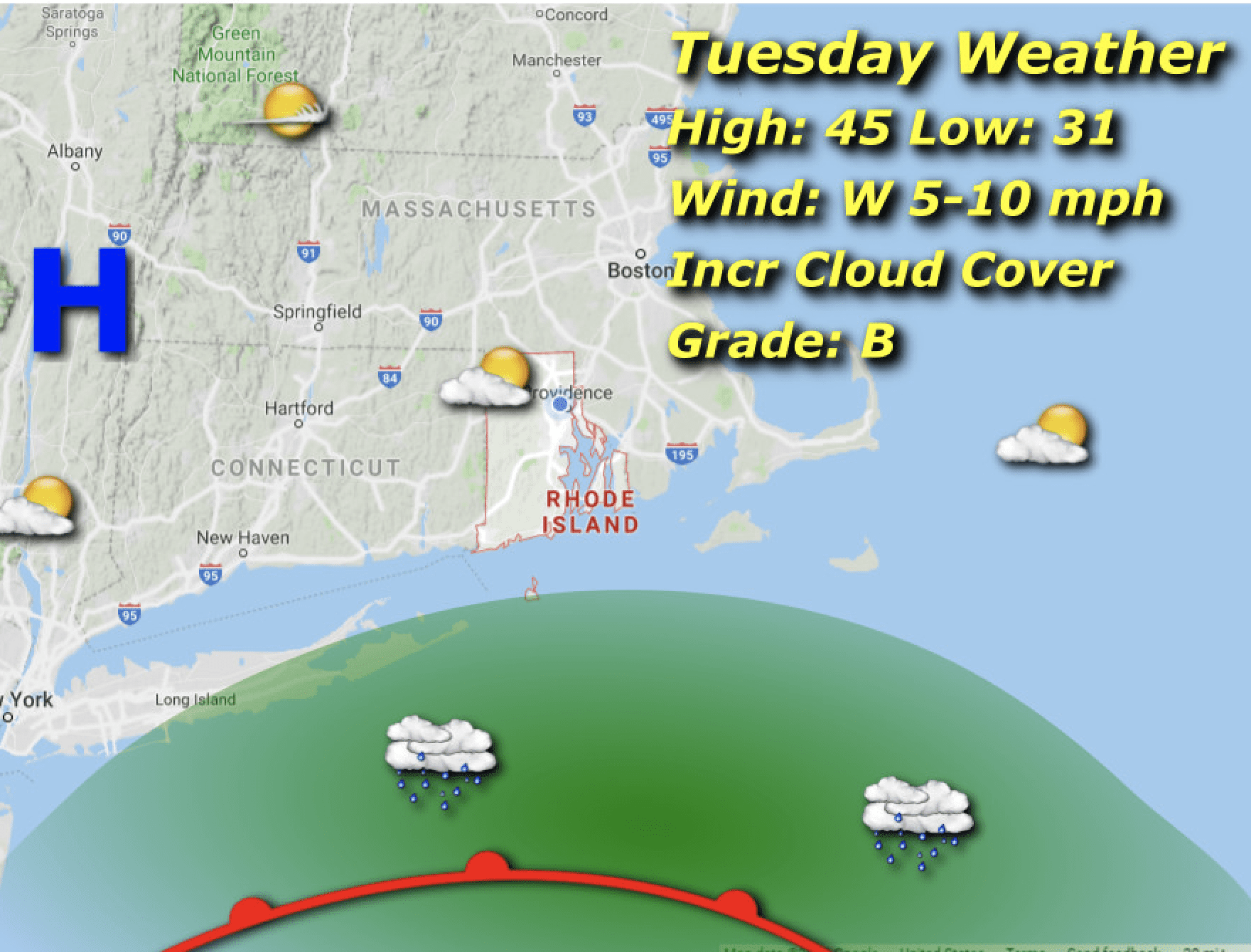 High pressure still rules the roost, however, a developing frontal system over the southeastern US will move gradually up the coast and spread gradually increasing cloud cover and eventually some late night showers to the area. A bit warmer, with afternoon highs in the mid 40’s from morning lows in the low 30’s and breezes generally less than 10 mph.