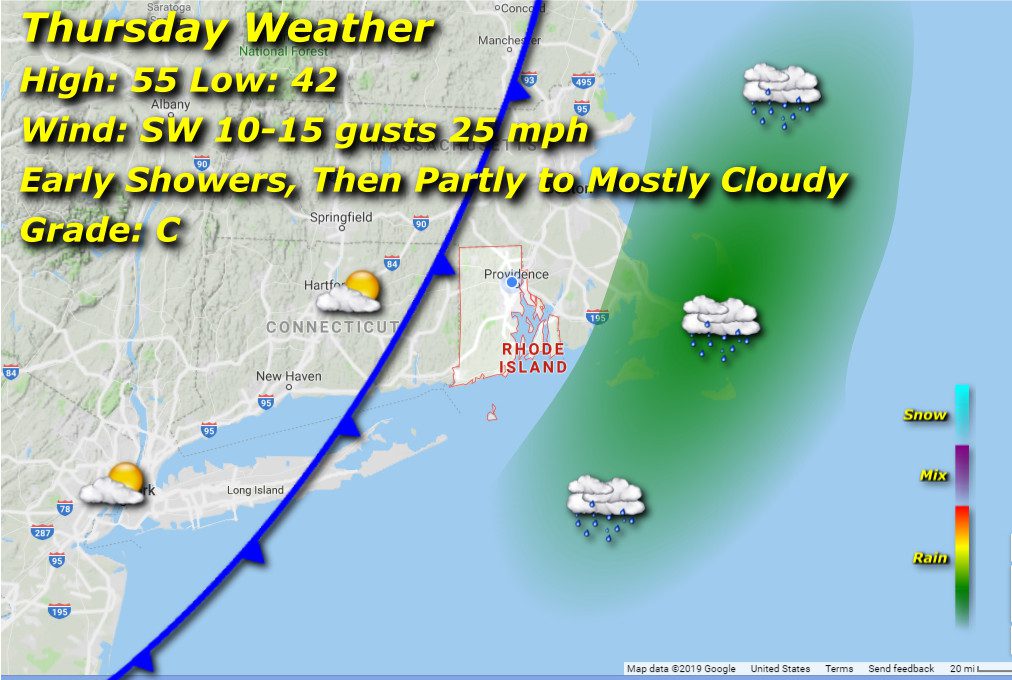 Some light rain ends early then clouds try to break up somewhat through midday and into the afternoon as a cold front moves in from the west. Some cloud cover thickens again in the evening with the chance for a shower or two late.

Afternoon highs in the mid 50’s after morning lows in the low 40’s with a southwesterly breeze gusting towards 30 mph with the frontal passage.