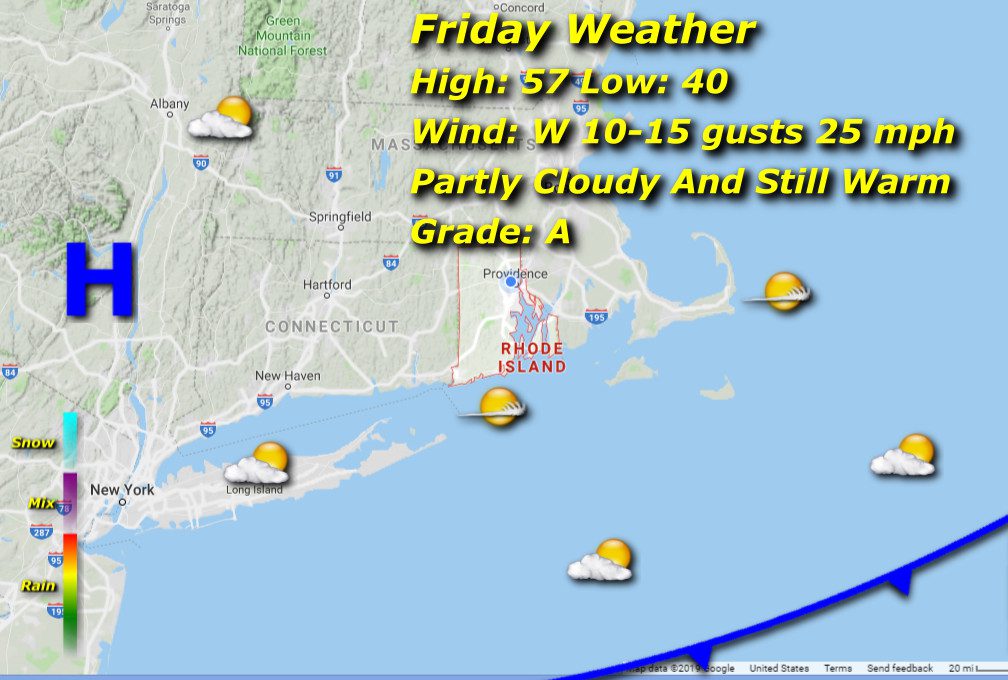 A dry cold front passes in the night and brings dew points down about twenty degrees forcing the relative humidity through the floor. The resulting low level dryness will keep cloud development to a minimum through early afternoon.

Another system developing over the south-central US will force high cloud cover our way late. Still on the warm side, with temps in the upper 50’s for highs and evening lows around 40 with a diminishing westerly breeze.

John Donnelly was born in Hialeah, Florida and moved back to Rhode Island and settled in Johnston, where he grew up until graduating from Lyndon State College in 1998 with a Bachelor of Science in Meteorology. As a child John always wanted to know how air moved, and he ran towards not away from thunder and lighting and various other ominous weather phenomena. He returned in 2001 to the old family neighborhood of Elmhurst where the McCabe’s, Donnelly’s, Walker’s and Callan’s have been since after the Civil War