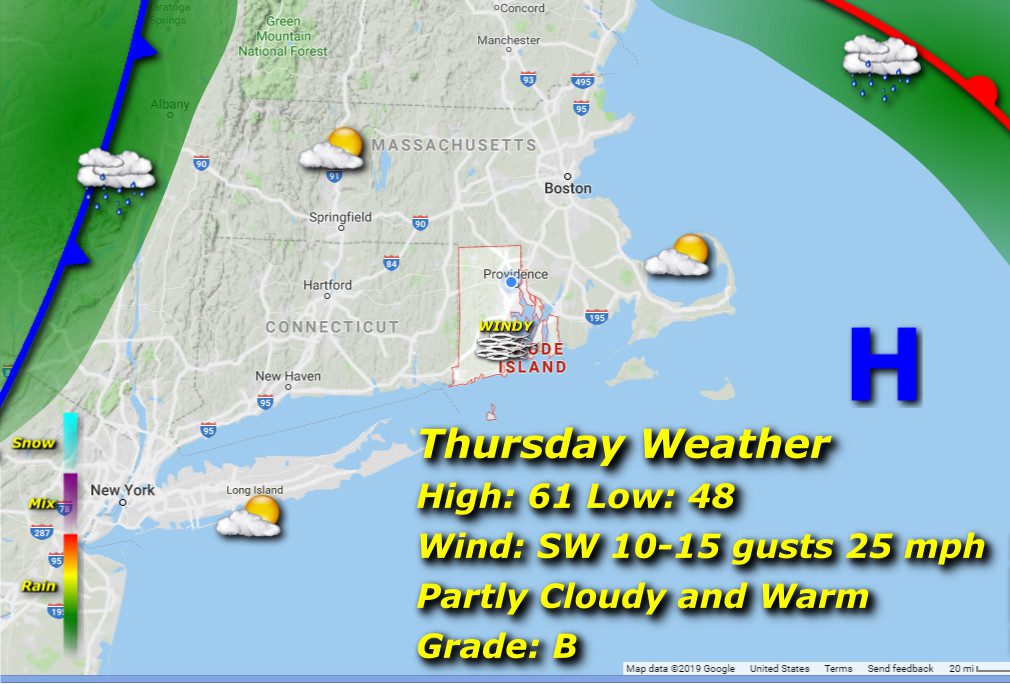 Some predawn rain comes to an end with cloud cover left behind in between fronts. Southwesterly breezes help to bring in some warmer than normal air during the day, leading to afternoon highs in the low 60’s from lows in the upper 40’s. Those southwesterlies may be gusty at times, blowing around what’s left of the fall cleanup.