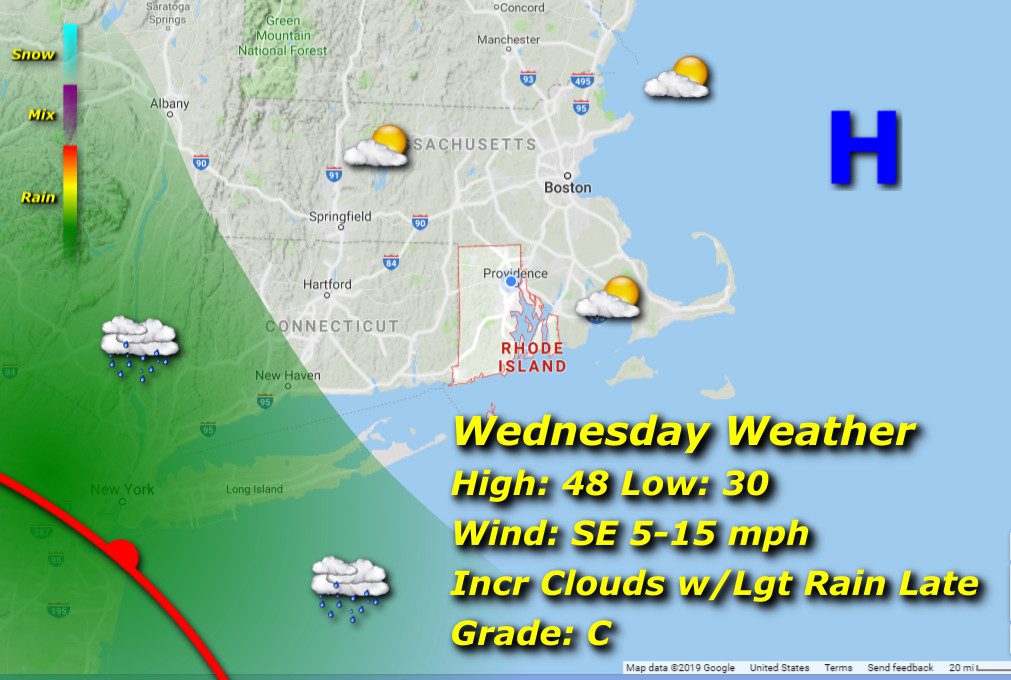 Cloud cover will increase through the day as another warm front approaches from the west. We expect light rain to begin sometime in the late evening and continue through the night. Morning lows around 30 rise to the upper 40’s with a light breeze generally out of the south.