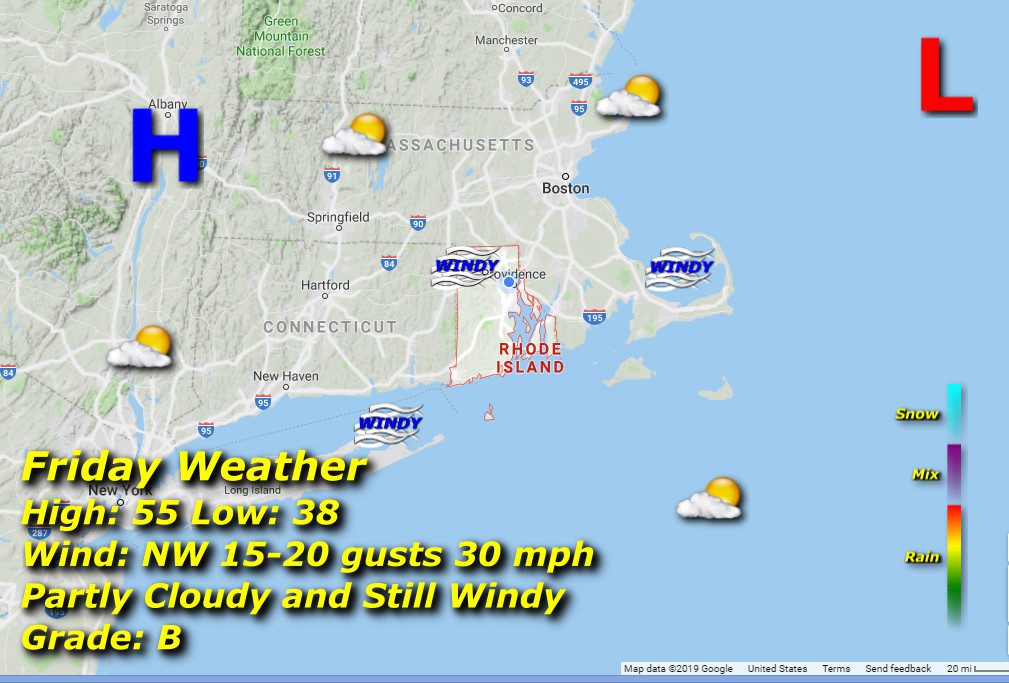 Same pattern we’ve been in for the last few days hangs on for another, partly cloudy sky with plenty of wind. Chilly morning lows in the upper 30’s warming to the mid 50’s in the afternoon. Dry with no chance of rain.