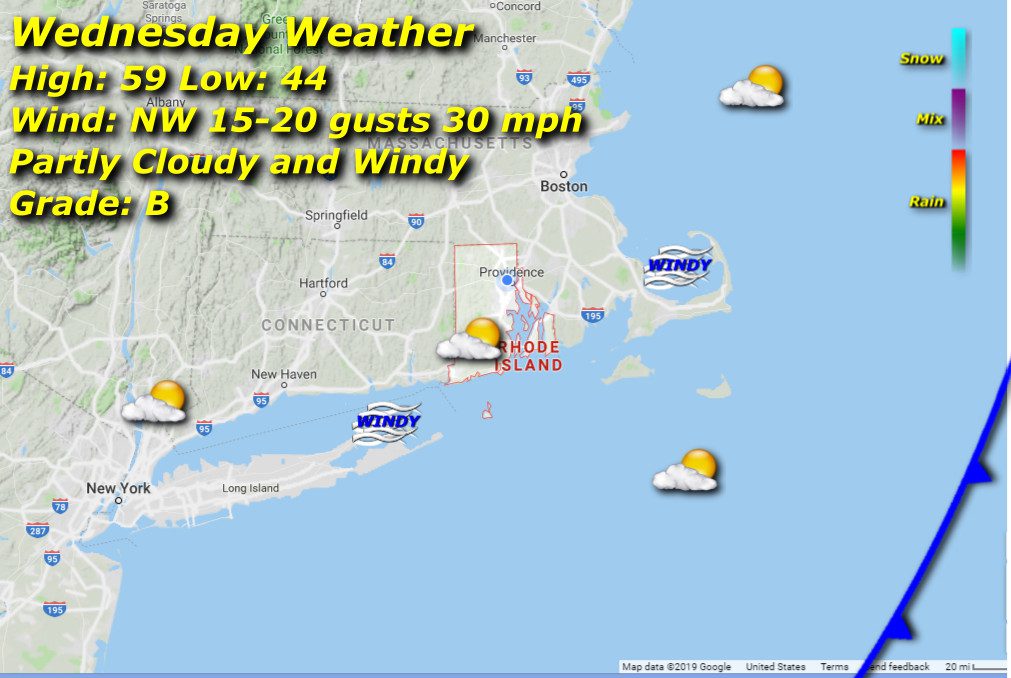 High pressure builds in behind the cold front with wind out of the northwest gusting towards 30 mph. Partly cloudy conditions through the day with afternoon highs in the upper 50’s and evening lows in the mid 40’s.