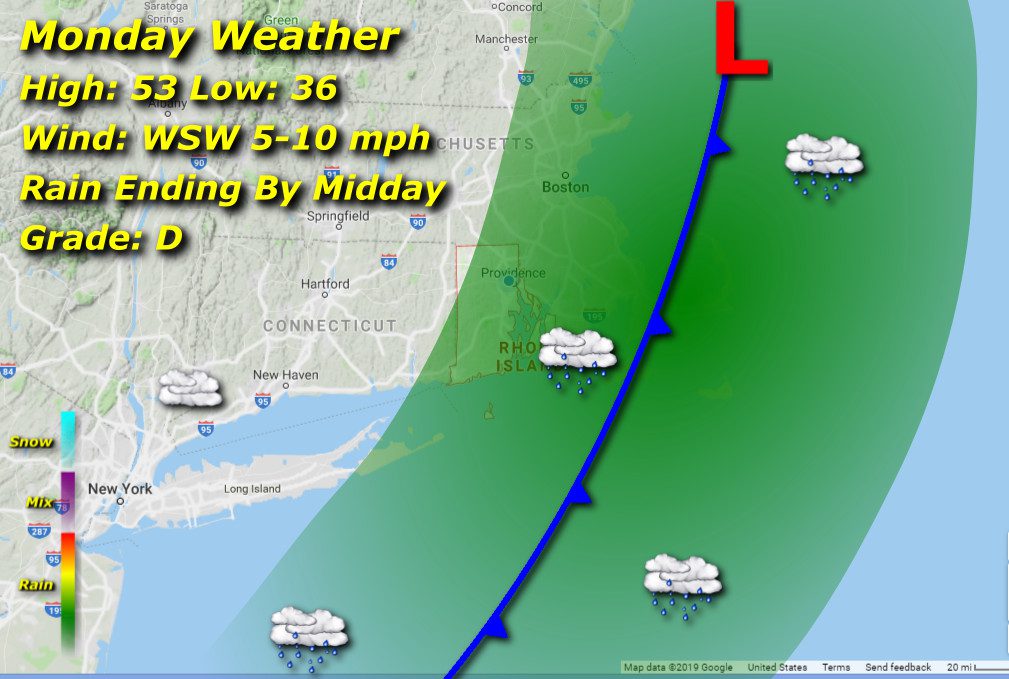 A cold front moves through the area with overnight rain lasting through morning and ending by noon or so. Wind shifts behind the front to northwesterly and strengthens a bit while bringing in cool air under lingering cloud cover. Afternoon highs in the low to mid 50’s followed by evening lows in the mid 30’s.