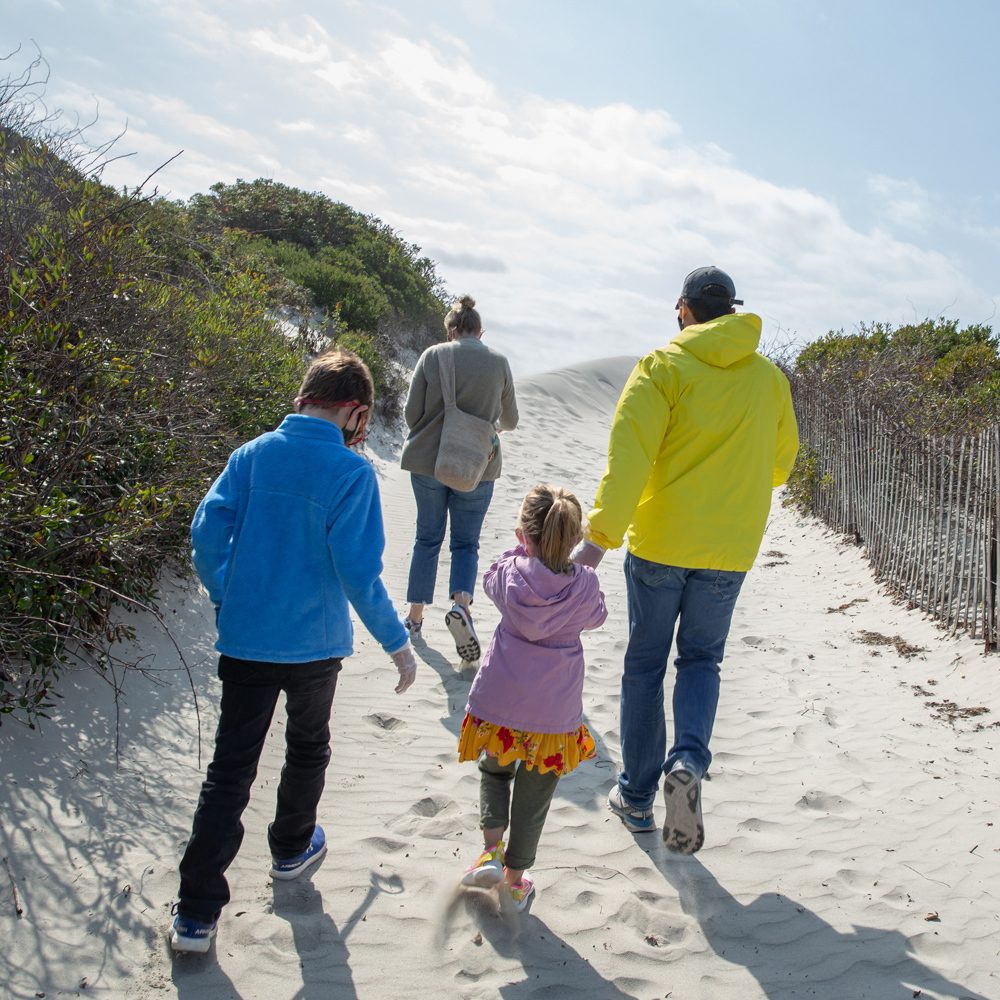 Photo: Family walking on Sachuset – we look towards spring, a vaccine, and getting our lives back.

Crossroads has opened a new temporary shelter for 30 homeless individuals on Pine Street in Providence.

NBC10 reporting that nursing homes are experiencing staffing shortages – with 34% reporting problems. Many have left the profession after the beginning of the epidemic, or retired, according to the nursing home professional group.

Rhode Island will begin a pilot testing program for asymptomatic students and staff today at the Ella Risk Elementary school in Central Falls. Providence and Lincoln will start next week, for a total of 2,800 screenings.

Dr. Laura Forman gave a statement from the first field hospital in Cranston with its first patients – “we need everyone to stay home and stay safe”.

In Worcester, the police department has 26 officers out of work after testing positive, and another 13 who are out while they await test results; 8 firefighters are out and 6 more awaiting test results.

The Scandinavian Home in Providence was fined over $47K from the Centers for Medicare and Medicaid Services (CMS), which has fined 218 nursing homes more than $17.6 million for the most serious infection control violations that put residents in “immediate jeopardy,” conditions CMS believes are likely to seriously injure or kill them. Notably, the Scandinavian Home is among the lowest for COVID19 cases and deaths.

89% or more of ACI inmates at maximum security have tested positive – 316 of 354 inmates – per RI Dept. of Corrections – a total of 600+ now positive in the corrections system.

Travel during the holiday week, according to surveillance data on publicly available monitoring groups was lower than last year. Less than 1% of people screened at the airport were positive.

20/20 Hookah Lounge in Pawtucket has been fined over $4,000 multiple times. The owner said, “We’re not paying any of it” and said she will go to court.

Monday is the last day for the program that has allowed restaurants in Boston to use sidewalks and public streets for outdoor dining.

Gurney’s Ice Skating Rink in Newport will not open this year.

b. Chris Parisi of Trailblaze Marketing

i. Judah Boulet of No Risk Crossfit

i. Hugo Adames of The Talent Factory

The CDC task force will meet today to decide who will get the vaccine first – widely believed to be healthcare workers, nursing home residents, those over 65 with high risk, etc. But – there may be other groups such as essential workers moving for inclusion in this early round.

The WHO is marking the first weekly decline in COVID worldwide since September.

1.2 million people were screened at US airports over the Thanksgiving holiday.

Hong Kong is limiting public gatherings to 2 – and putting other severe shutdowns into place, including using hotels as quarantine centers.

Cases are surging among US military stationed in Japan.

NYC public schools will begin to open on Dec. 7.

New York is asking some hospitals to limit elective procedures and to begin surging to 50% more capacity.

Dr. Fauci said that if he had one thing to recommend to keep safe over this outbreak is to keep our gatherings to those we live with only – the very antithesis, he says, of the holiday season.

Dr. Fauci said it’s “not too late” for people traveling back home after Thanksgiving to help stop the spread of the virus by wearing masks, staying distant from others and avoiding large groups of people.

Infection is being driven now by those who are positive, with no symptoms.

Other research – Scientists at the Institute of Cancer Research in London estimated that their work has already been delayed by an average of six months.

Kantaro Biosciences has received Emergency Use Authorization from FDA for COVID-SeroKlir, its semi-quantitative SARS-CoV-2 IgG antibody test kit. Unlike other antibody tests, COVID-SeroKlir determines the presence and precise level of IgG antibodies and has a broad range of applications in the fight against COVID-19. Through a commercial partnership with Bio-Techne Corporation the test kits are being manufactured at scale with a capacity of up to 10 million tests per month and the ability to scale up.

New York Gov. Andrew Cuomo said on Monday that struggling state hospital systems must transfer patients to sites that are not nearing capacity, as rising coronavirus cases and hospitalizations strain medical resources. “If a hospital gets overwhelmed, there will be a state investigation. And if the result of that investigation is they did not distribute the patients, that will be malpractice on their part,” Cuomo said, noting that the state’s mandate would be effective immediately. Elective surgeries must be halted in Erie County as of Friday. Other parts of the state will be required to cancel elective surgeries if cases continue to get worse.

“Supermarkets are rushing to secure freezers, thermometers and other medical gear for administering shots. They are also training staff and establishing online services for scheduling appointments.”

Governors in states like North Dakota and Illinois have been warning about overburdened hospitals and limited beds for weeks. Hospitals in Utah say they are already informally rationing care, although no one has been ejected from ICUs yet.

Overall, patients who are hospitalized with COVID are reportedly surviving at higher rates than in the spring and summer, per STAT News. Many patients are younger, and effective treatments are being used more frequently.

The CDC says that four national forecasts, including Johns Hopkins’ applied physics lab, predict a likely increase in new hospitalizations per day over the next four weeks.

Max Primorac, the No. 2 official at the U.S. Agency for International Development, recently tested positive for the coronavirus

Harvard epidemiologist Michael Mina believes his $5 billion plan for universal, rapid, at-home testing is the answer to pulling the country out of the pandemic

Merriam-Webster on Monday announced “pandemic” as its 2020 word of the year. Pandemic, with roots in Latin and Greek, is a combination of “pan,” for all, and “demos,” for people or population. The latter is the same root of “democracy,” Sokolowski noted. The word pandemic dates to the mid-1600s, used broadly for “universal” and more specifically to disease in a medical text in the 1660s, he said. That was after the plagues of the Middle Ages.

Moderna submitted their vaccine to the FDA for Emergency Use Authorization.

Pfizer is shipping their vaccines now all over the world.

Virtual hospital programs have the potential to provide health systems with additional inpatient capacity during the COVID-19 pandemic and beyond. More, here: https://www.acpjournals.org/doi/10.7326/M20-4076

Dr. Scott Atlas, special advisor to the President, resigned with this letter: