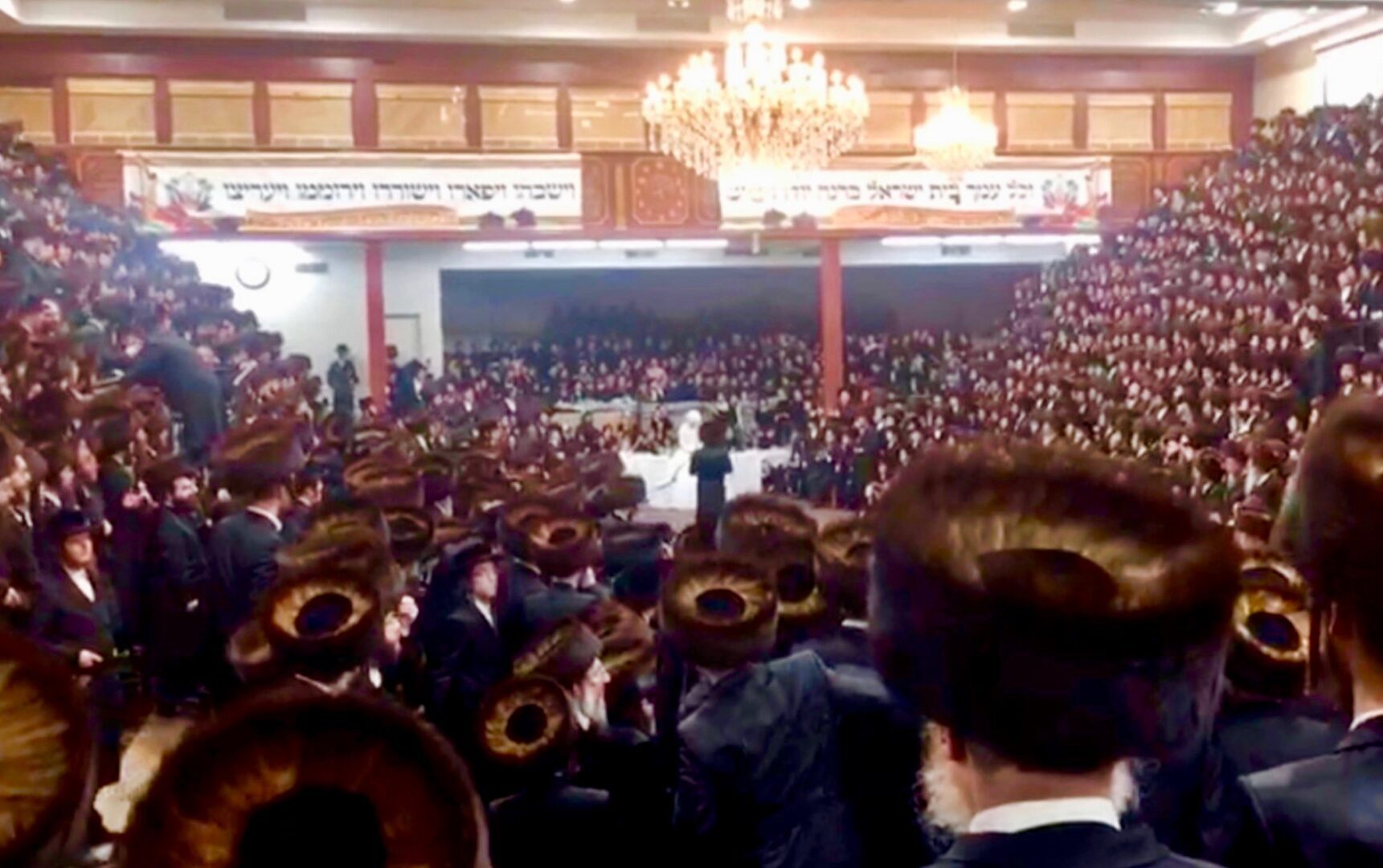 Photo: Guests squeezed inside the Yetev Lev temple in Williamsburg in Brooklyn for the wedding of a chief rabbi’s grandson. The event was organized word-of-mouth in violation of New York’s ban on large gatherings. This wedding came after another 10,000 event had been canceled due to threats of arrest by officials in New York. Ironically, the synagogue’s own president, R’Mayer Zelig Rispler, who openly urged Brooklyn’s Orthodox community to abide by coronavirus safety measures, died of COVID-19 just last month. This is the second large event held by the synogogue, and the Sunday night wedding capped a three-day affair, which began on Friday night with four hours of festivities, and continued on Saturday with Sabbath services, including a bris of an 8-day-old boy.

California sheriff’s office says they will not enforce any of the new rules having to do with coronavirus restrictions such as nightly curfews, party limitations, etc.

Sen. Steve Daines of FL has tested positive for antibodies after participating in a vaccine test.

Ben Carson is recovering from COVID, said he was pretty sick, but is now on the road to recovery. He says he was treated with emergency authorized antibody therapies that he is “convinced saved my life.”

Steve Sadove, Mastercard senior adviser and a former CEO of Saks: “Early on, the stimulus had a big effect on the consumer, especially the lower-end consumer. As we’ve gone into the latter parts of the recovery, higher-income consumers are starting to spend again.”

Clemson &  Florida State Football game was called off hours before the game because medical staff could not agree on proper testing/precaution protocols.

The NHS is preparing to open dozens of mass vaccination centres across England to vaccinate people against Covid-19. There will be at least 42 centres, based in places such as conference centres, and the NHS is planning to hire tens of thousands of staff to run them

The MBTA in NY is coming under much criticism after trains were packed with no opportunity for distance.

Updated guidance from RIDOH about Thanksgiving: “Any adult who live alone may gather with one other household, capped at 5 people. Children who live with more than one caregiver or parents may gather with each household.”

The 2020 Newport Illuminated Christmas Boat event has been canceled

During the pandemic closure time, PPAC has begun a large outdoor restoration effort funded by The Champlin Foundation and the RI Historical Preservation and heritage Commission.

“Yesterday, I announced a two-week pause starting on November 30. We’ll increase restrictions on certain businesses during that time, and social gatherings will continue to be limited to a single household. This isn’t easy. It’s going to be a difficult two weeks. But we’re doing this to prevent overwhelming our hospital system. That means avoiding the need to ration beds and limit care — ultimately saving lives.

Hospitalizations are rising at a faster rate now than ever. Already, we’re on track to open our field hospitals within the next few weeks. And if those hospitals start filling up, it’ll mean turning off other critical procedures. Any doctor will tell you they’re now seeing more severe health issues – more developed cancers – because people cancelled routine screenings in March and April. We don’t want to be there again.

In the Spring, we built these field hospitals in a matter of weeks. That was a herculean effort. But we also knew that if we had to open them, we’d be limited by the number of healthcare workers available to care for our patients. Last week, you heard from some of our emergency room doctors about how overwhelmed our frontline workers already are.

Now, it’s in our hands. The individual decisions we make over the next three weeks can turn around the trend and get our hospitalizations to a manageable level. Please, do not spend Thanksgiving with people you don’t live with. Stick to essential activities like school and work, getting food, medicine and other critical goods, and going to the doctor. I know it’s hard. Pandemic fatigue is real. But if we take the next few weeks seriously, we can avoid a more severe shutdown – we can save lives and save jobs.”