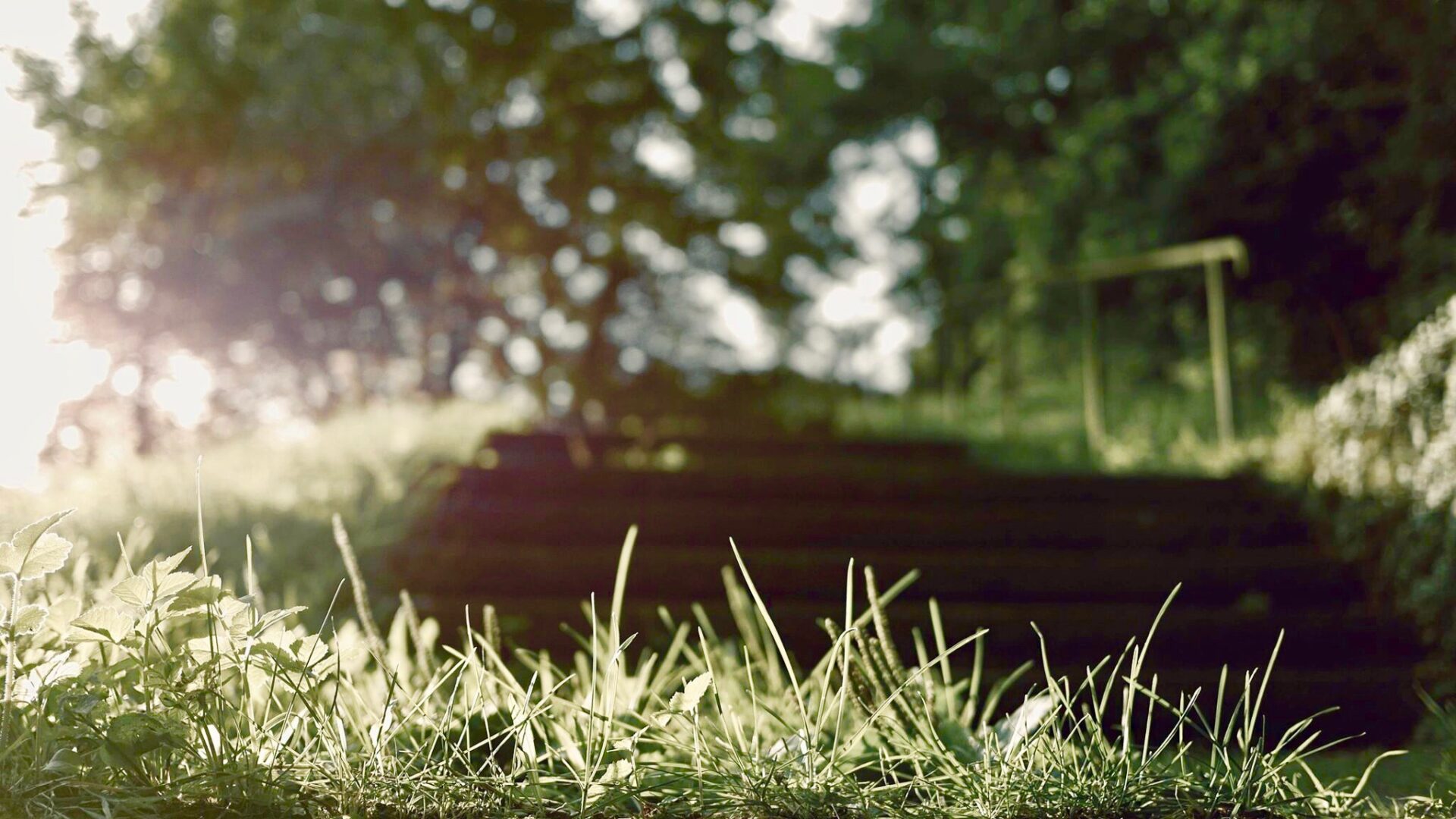 When We Were Dead – a short story by Michael Fine

We didn’t know we were dead, so it wasn’t a problem.  They would come to visit now and then, more in the winter than in the summer, because they didn’t understand how we survived the cold.  They thought we might die, which was more a problem for them than for us.  We don’t think about living or dying. We think about our feet. We are hungry sometimes. We are cold, sometimes. But our feet hurt, and they weep. The yellow wet soaks our socks and the bandages around our feet. We are always tightening and loosening bandages or looking for new rags to make bandages from, so we can walk a little bit, so we can pee. It is hard to walk, so it is hard to pee, because there aren’t places to pee nearby and the 7-11 doesn’t like us coming in to pee, but we do that anyway once or twice a day. They moved the train station and only let rich people in the front door, so we can’t go there anymore. Only we remember where the bus station used to be. That was good once. But the bus station moved away; long ago, too.

The snow is blue at dawn and then it becomes red, and then yellow, as the sun comes up and the city fills with busy people who don’t see the colors we see.

We don’t ever feel dead. We feel tired when we feel anything at all. We really don’t even feel the cold anymore. Cold is a fact, like breathing. We fight with each other. Cold, one says. Not cold, the other says. You are bad, one says. You are a mean, lazy bitch, the other says. We know how to push each other’s buttons. You think you are smart, one says. Nothing you think matters. Feelings matter, not your silly facts. Don’t you get it? The other says. Are you asleep? You think the world cares that your mother loves you? Which she doesn’t? And so on. That’s how we pass our days. And nights. Because the dreams are just like that. Arguing. But in dreams we argue in pictures, in 3D movies of green men who come out of walls or of toothed cunts or dinosaurs or dragons that bite out our middle section, their snout between our legs, that swallow us whole so we feel wet as we slither down their dark wet gullets. Tyrannosaurus Rex, that lovely sexy destroyer. Whoops. Shouldn’t say cunt.

A nice thin one with glasses told us we were dead. She has bug eyes behind the glasses, and she smells like baby powder. She squatted next to us when she talked to us, so she looked at us eye to eye, and she didn’t leave us circulars. Most of them tower over us and block our light. They leave circulars they want us to read in our spare time, circulars about our rights, we think, or about food stamps or about shelters or about Jesus the savior. But you can’t use circulars as bandages, and it hurts to stand and walk to the garbage to throw the circulars away, so we are not littering. The thin one brought rags and sometimes bandages. It was a long time before she yielded to the temptation of the devil and asked to lock us up.

Now the lock-up, that’s death. Shelter lock-up, not jail lockup. All we ever get is shelter, and that’s no good because it is only for one night. First they bring you into the cinderblock building where the heat is always on. Too hot!  They say take off a coat or two, take off a sweater, make yourself comfortable! But we are afraid, because without our coats and sweaters we will freeze on the street, and we need the street when the announcement comes out of the radio or out of the television, or even out of an iron or a toaster – the announcement that the world is ending and that all people inside are really aliens and must be struck down. So, we hold our coats and sweaters tight and then we boil, so we hate inside.

And then they want you to shower. To shower we have to give up coats and sweaters and more.  Same problem. Then they make you talk to a caseworker.  Questions! Questions! Questions! Knives! Case workers are knives and hammers! Questions are ice picks! By then we are back home in the street. Live free or die. Then, 6 AM, we are free again. Whether we want to be free or not.

The thin one with glasses who brought rags and bandages was sneaky. She didn’t say anything about the lockup at first. She squatted next to us. Sometimes she brought Dunkin. We love the pink glazed Dunkin. We love the vanilla cream-filled Dunkin best. No carrots or celery sticks, thank God. Carrots and celery sticks and peanut butter sandwiches, that’s all the other ones bring. The thin one with glasses who didn’t say a word about coming in out of the cold, about shelter or hot showers, or about hot soup. All she did was wonder. I wonder about when you were born? I wonder about where you grew up?  I wonder if each of you have a middle name. She snuck up on us. We didn’t even know we told her because she didn’t ask any questions. All she did was wonder and talk and all we did was to talk back to her.

That’s how she learned we were dead. She poured her tape recorder right into a computer and the computer sliced us and diced us and told her we are dead. Our social is dead! Someone told the social that we are dead! They had killed us to steal our check. Other people get a check. Not us. No check. The street is our check. The garbage pails and the dumpsters at night are our check. Our friends on the street who give us candy and Dunkin are our check. But we have no real check, not now, not forever. If we had a check we could have Dunkin every single day. The thin one with glasses said, I wanted to find a home for you, so I looked into the computer and I found that you are dead. Now, she said, we get to bring you back to life!

Who killed us? We said. No no no, it’s all a mistake, she said. The social security made a mistake. We will help. We can fix it.

Don’t you want a home? she said.

We have a home, we said.

We’ll do it all, she said. You’ll have a roof over your head and a warm place to stay, and all the Dunkin you want, every single day. All we need to do is make you undead.

You’ll lock us up. You’ll take away Dunkin. Social workers will come and say Dunkin makes us sick.

No lock-up, she said. You will get a place to pee.

You’ll dress yourselves. It’s up to you, she said.

They’ll give us pills and shots, we said. Then we won’t have each other.

Only the pills and shots you want, she said. You are consenting adults.

How will you make us undead? We said. You are pretty crafty. You brought us Dunkin and snuck up on us by wondering and didn’t stick us with questions, so we trusted. But dead is always forever.

You’d have to come with us. To an office in Pawtucket. So, they can see that you are who you say you are.

The world doesn’t care one whit about us, dead or not dead, we said. If it mattered, why have they let us live in the street since 1981? We are dead and we like it that way. We’d rather be dead than be locked up. Live free or die.

So, it came to be, in the year of our Lord 2018, that we came back to the lockup. There was time – weeks or months. They brought another woman who had an orange coat and long dangly earrings which we almost grabbed, who read from a paper and made us undead. Other people came. A man with a ponytail and a camera came. He took pictures from all angles – from standing and sitting and squatting and even laying on his side on the ground. The Governor or the Senator came, somebody like that, a white man and a white woman wearing camel’s hair coats and scarves and shiny black leather gloves.  They leaned over us and shook our hands as the man with the ponytail took pictures and they also blocked the sun, but they looked very pleased with themselves, as if their mothers had just told them they were behaving and being so polite and so good.

After that things happened on their own. They brought a white minibus that had a wheelchair lift and knew how to lean over, so the door was close to the ground, and it sucked us right in.  The white minibus took us to the lockup, which was a lock-up even if it wasn’t locked. We changed our undies. Took showers. The water was hot, and it felt so good, like Mommy, and we could feel skin which has feelings of its own, instead of wearing our crust. They brought us vanilla crème Dunkin every day. We took off the sweaters and coats, one by one. No medicines or shots though. We want to be together. Arguing but together.

It is different. Maybe we are in heaven. We sleep lying down in a bed. Not cold. Never cold. But we sit in the community room every day and watch the TV, the colored knives themselves, too bright, but we must watch them, those moving colors. They are also vanilla crème Dunkin and our eyes watch and we are there, not here.

We are not dead. We breathe, in and out, in and out, and we remember the pinks and purple blues of dawn. We remember sitting outside on our bench in the winter with no one else around, our breath coming in little clouds, our nose dripping, warm inside our crust, remembering the days and nights we were dead, and so alive, at once.

Michael Fine is a writer, community organizer, family physician, public health official and author of Health Care Revolt: How to Organize, Build a Health Care System, and Resuscitate Democracy – All at the Same Time and Abundance, a novel set in Liberia. The Bull and Other Stories, his first book of short fiction, will be released in the fall of 2020.
Many thanks, as always
Michael Fine, M.D. –  www.michaelfinemd.com