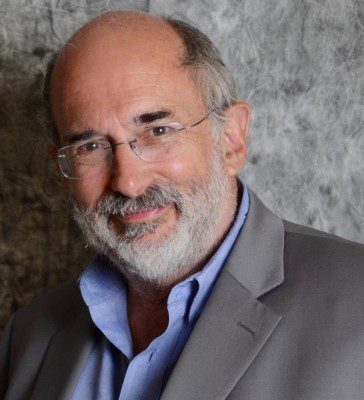 This is the second of four essays about Covid, our culture, our time, and the moral responsibility we share for what we have, where we are and what we’ve done.

Thanks, as always for reading.  And thanks as always to Nick, Deborah and Kendra for their help, wisdom and support.

Recent data reported in The New York Times and Wall Street Journal suggest the US had the highest death rate among high-income, developed nations; that our rate of Omicron related deaths is far higher than those high-income, developed nations; and that we’ve had almost a million pandemic associated deaths, about 100,000 more than number of deaths caused by the virus itself, excess deaths associated with the pandemic that may not have been caused by the virus itself.

People who own stores and bars and restaurants used their political muscle to keep their business open, and politicians listened to them, instead of doing their jobs, which was to protect the lives of their constituents. We didn’t wanna get vaccinated; didn’t wanna wear masks, didn’t wanna stop large events when community transmission was high and dial back our activities then – essentially, too many of us didn’t care that someone else was going to die because we wanted to live “normal” lives. And then, that someone else (usually) did die. And that doesn’t seem bother anyone very much. Dead people don’t vote, don’t pay lobbyists, and rarely complain about past mistakes.

What is more troubling is that we’ve talked ourselves out of this being a problem. “We’ve normalized a very high death toll in the U.S., said Anne Sosin at Dartmouth, as quoted in the New York Times. “If we want to declare the end of the pandemic right now, what we’re doing is normalizing a very high rate of death.”  Which is exactly what we’ve done in Rhode Island.

The push to declare Covid-19 endemic, before we’ve reduced community transmission to containable numbers, is part and parcel of the move by politicians to bury their mistakes, to justify their failure to prevent preventable deaths. I fear that leaves us completely unprepared for the next variant and the next pandemic, which is out there brewing.

What no one knows and no one has realized is that we live in a changed world, which needs a completely different kind of surveillance and preparedness that we’ve ever had before, the consequence of growing population, globalization and technology, which has also brought us climate change. In 2005, the last year for which I can find data, 217,000 people traveled from China to the US.  In January of 2020, over 400,000 people made that trip, more people in a month that in a whole year fifteen years prior.

And guess what? As people move, so do viruses and other infectious diseases.  SARS passed to humans in 2002 and was contained, with difficulty, after spreading to a number of other countries.  MERS evolved in 2012 and was contained.  But it is no surprise that Covid-19 became pandemic in 2019, given the new world conditions in terms of mobility and travel. If the relationship is linear so that each traveling person causes the same increase in risk, that means we were at more than ten times the risk of a pandemic in 2020 than we were in 2005, a consequence of a world with a huge urban population that travels incessantly. But I worry that the relative risk is algorithmic, not linear – that the risk goes up four times when twice as many people travel.

We have new risks but no new mitigation of those risks. But we have flipped into Pastor Bonhoeffer-style denial – as long as I’m not at significant risk of dying, I don’t care if others are and do die.

The problem, of course, is that viruses and other infectious diseases don’t work with that. To viruses and other infectious diseases, we are all equal, and all equally likely to be infected. Some of us may be able to withstand a virus today, but that doesn’t mean we won’t weaken over time, and the moment we do, the old grim-reaper virus will be ready and waiting to pounce. So, to protect everyone we could build a good cage and have that virus locked down inside it and kept away from people, like we do with wild animals in a zoo or nuclear waste, stored deep underground and carefully guarded, I hope.

What should our new defenses look like?  First, as I’ve said a zillion times before, we should build a health care system that takes care of all Americans so we don’t have to go scurrying around when a new virus spreads; so, we can find everyone and protect everyone equally.

We need a real surveillance system in schools and workplaces, so we are testing people regularly and know what’s out there, but also so we can dial up testing when we need it, so that supplies are in place and ready to go.

We should bring the manufacture of masks and personal protective equipment back to the U.S., so that supply doesn’t become a strategic consideration in our international relations.  Would we let our bombers, aircraft carriers, bombs and missiles all be manufactured in China, to the extent we are convinced we must still have these things?  Or all our cellphones and computers? (Whoops – they already are.)  We need to start making supply decisions to strengthen the nation, and not just to create profit for the lowest bidder.

We also need coherent approaches to distance learning and working from home, so when the need arises, which it will, we can use those approaches, but we also need to leave decisions about it to public health and education folks and get politics out of our decision making, so we treat places at risk differently from places at low risk — keep closures brief when they are needed.

We need to be ready to support small businesses better than we did, so they don’t bear the brunt of public health measures; we need to stop the spread of infectious diseases that weren’t their fault.  We used to do this for small farmers, when there still were some, to help them through droughts, hailstorms, and tornadoes – but we must also make sure that the smart money doesn’t profit from help that was meant for real people with real problems. Can we actually learn from our own experience?  How about a state or federal pandemic insurance program, that protects businesses the way crop-insurance protects farmers?

And we’ve got to address housing, so that people aren’t crammed together. One hundred-and-seventy-five years of public health experience tells us that when you allow people to live in desperate poverty and cram them together, they get sick and pass infectious disease to everybody, even those who think they can isolate themselves on desert islands. And poverty, just saying. Let’s fix the minimum wage and make it a living wage so no one in these United States lives in poverty. Call it pandemic prevention if you want. Or human decency. It’s long past time for some of us to be profiting inappropriately from the life situations, labor, and from the misfortunes of others.

We should probably look at school vacation schedules, so they can be flipped into a virus protection mode, shortening summers, and using strategic virtual breaks in the fall and winter, when virus transmission becomes more intense.

And finally, we need to grow up and keep politics out of public health. I hate racism and I hate corporate capitalism and all that, but a pandemic is not the time to start trying to fix racism or to try to let the self-interest of business drive our public policy.  That’s what we’ve done for the last two years and look at the result – more than 900,000 dead in the US and more than 3,369 dead in Rhode Island alone, and those numbers still growing, all because of a tiny little cold virus, and a bunch of good people with good intentions who just couldn’t agree among ourselves enough to keep our eyes on the ball.

Many thanks again to Nick Landekic, who provided me with tons of data and publications over the last twenty months, and whose knowledge of Covid-19 is encyclopedic; to Deborah Faith, MPH, for her unending editorial support and great editorial suggestions, and to Kendra Tanquay, for her support of my writing over many months.  Thanks as well to the many readers who respond to these emails and help keep me honest.  Part of one of these emails was written in response to a very good question.  Thanks for that question, Matt.