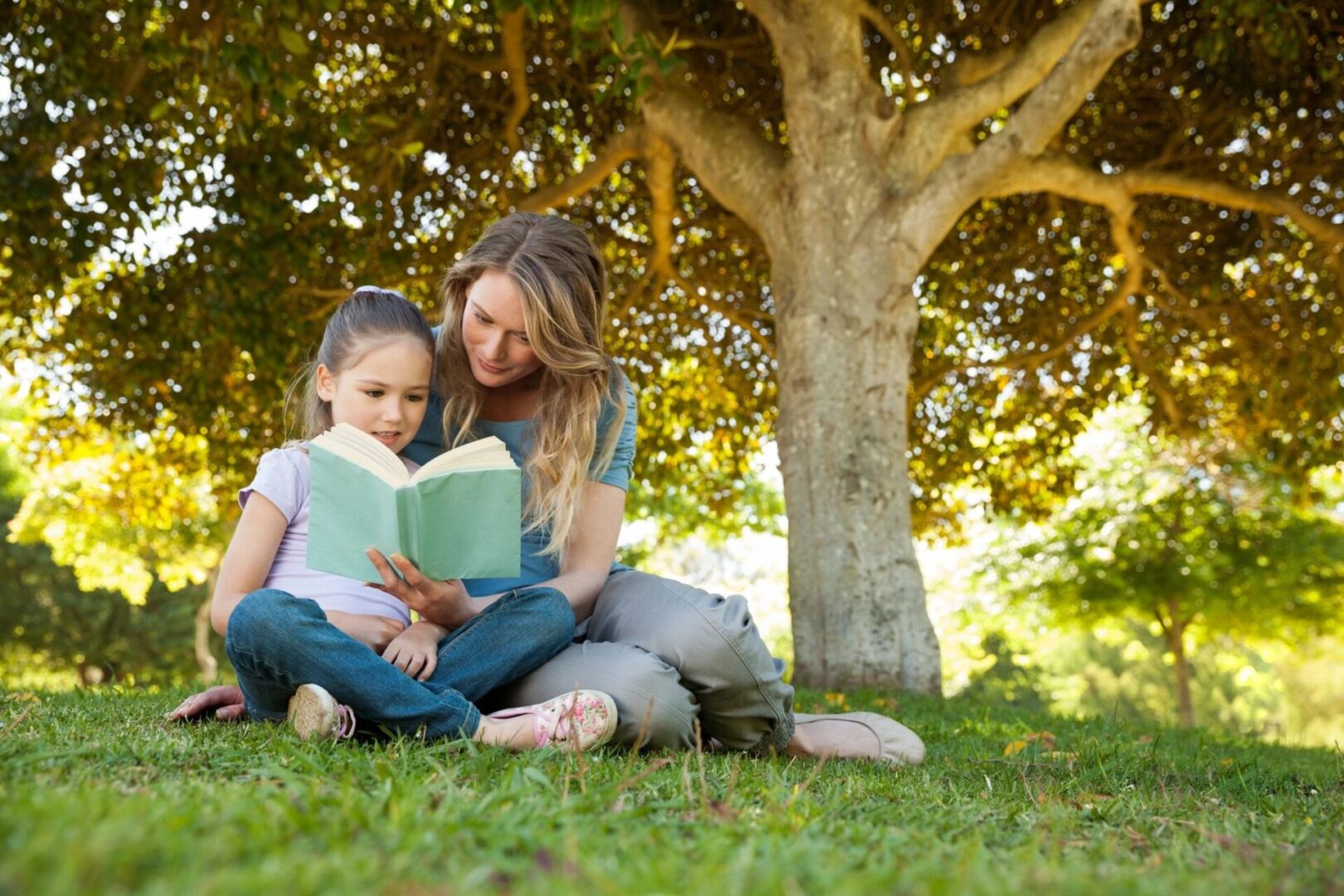 What do your children really want to inherit?- Harris N. Hershey Rosen

We all know what we want our children to inherit – to keep and cherish and pass on to their children. That needlepoint pillow grandma made is to be cherished! Of course. But will your children want it one day? Will they cherish it, too? Maybe not. But they might cherish a photo of it with grandma in it. Do they want that antique coffee table you’ve saved from their babyhood? Maybe not. But they might want the little leather box that in the corner of the coffee table.

How do you know what they will cherish – and what will be a burden for them to inherit – an item that really doesn’t fit in with their lifestyle or home – but now they know that you really, really wanted them to have it. One thing you can do is to ask them about it. You can have those conversations in small, stress-less bites. Refer to a painting and ask them – would you ever hang this in your house? Then watch their reaction. Therein, most likely, is your answer.

I found an article recently in AARP’s Magazine – a wonderful resource for information like this – it will help you learn what your kids might want to inherit – and what they won’t. And you can use this as a guide to go about organizing the item, their history, and work those into your family record book that my book will help you to create.

Bruce Horovitz has put together some great info for AARP. It’s a humorous perspective, kind of right between your eyes – but if it makes you rethink this topic, so be it.He says…..

“… inheritance is a generational mismatch: Boomer parents have been dutifully amassing stuff and can’t wait to unload it on their offspring. But many millennial children abhor all their parents’ physical and emotional clutter, and look upon the prospect of receiving this unwanted stuff in the same way that someone with bibliophobia might view inheriting a boxful of books.

There may be a happy middle ground. Many millennials say they actually would be interested in some of the stuff — but typically only in small amounts, and mostly the stuff that’s long on memory and short on size.

“They don’t want stuff for stuff’s sake,” says Rita Wilkins, 71, a noted interior design expert who has written a best-selling book, Downsize Your Life, Upgrade Your Lifestyle: Secrets to More Time, Money, and Freedom. “It’s about a deeper longing for the stuff that’s enwrapped in family memories.”

Here are a dozen things that some millennials say they actually would like to have passed their way:

Photos, but less is more

What your kid doesn’t want are all 163 of your family photo albums that date back to the Civil War. But how about doing what Wilkins and her 40-year-old son, Kevin, do each time he’s in town: sit down and look through one photo album. That’s when he lets his mom know the more meaningful photos he’d actually like, which are typically about 25 percent of the photos his mom shows him. “You can’t do this in one sitting, but it’s nice to do over time,” says Kevin.

Susan Williams, the founder of Booming Encore, a digital media hub for boomers, vividly remembers the horror of receiving countless boxes of stuff she didn’t want when her folks downsized years ago. She’s vowed not to do this to her kids. Her 27-year-old daughter, Sydney, says the things that would mean most to her are small items that she remembers her parents or grandparents actually using — like her grandmother’s serving dish. “If something isn’t part of our family history, I don’t want it,” she says.

Toys of their youth

For Sydney Williams, there’s a special attachment to the stuffed animals that she grew up with — and her mom has saved them for her. “I’ve never wanted to let go of them, and passing them along to my own kids someday would be a real bonus,” she says. Besides stuffed animals, some millennials are particularly interested in getting their old board games or favorite toys that can range from gumball machines to baseball mitts.

These can be the strongest memories of all, says Laura Francica, the 33-year-old niece of Rita Wilkins. She has her heart set on inheriting a carved wooden indoor nativity scene that her grandfather, an Air Force veteran, brought home after serving in Germany in World War II. “That was something we’d use every year and it connected us to our grandparents,” she says. She hopes this same nativity scene might someday connect with her four-month-old son, Jack.

For Rylan Williams, the 24-year-old son of Susan Williams, there is very little interest in physical stuff. He says he doesn’t want or expect to inherit anything. Perhaps some online photos.

But, if his parents decide that they no longer want the family car — or even the family home — he’d be interested in those. If he got them he says that he would keep them, not sell them.

It’s not just cookbooks that Sydney Williams would be interested in, but the actual handwritten recipe cards from her grandmother. She still remembers her grandma taking the cards out and using them while she cooked when Williams was little. “I’m trying to learn to cook, and these cards are irreplaceable.”

Few millennials have space — or interest — in hulking pieces of furniture like sofas or breakfronts, says Rita Wilkins. But many have a keen interest in timeless accent pieces, typically smaller pieces, like a rocking chair. Most important, she says, is to let your children make the choice themselves about what’s actually important to them. You shouldn’t choose for them.

It’s too late now, but Kevin Wilkins only wishes he’d asked his father — who downsized years ago — to save his record collection for him. It’s not that he cares so much about the collector value of it, but he vividly remembers his dad playing the vinyl albums and singing along with them. “It would sure be neat to have that on the shelf now,” he says.

While Rylan Williams isn’t at all sentimental about the family tools, that’s the only physical thing he might like to have passed along to him. But he only wants the tools that are still in good condition and that he knows he would use, like the hammer, screwdrivers, saw and drill. He doesn’t want any older tools that aren’t 100 percent in working order.

For Kevin Wilkins, his interest in family jewelry is limited to those pieces that radiate family memories. For example, his grandma wore a special ring with a small diamond. If he inherited the ring, he says he might be interested in removing the diamonds and placing them into a pendant for his own daughter, if he ever has one.

Artwork they made as kids

Rita Wilkins was surprised to find out that her own kids will someday want the cherished arts and craft pieces they made when they were little — like some ceramic items and, of course, the picture frames decorated with painted pieces of macaroni glued on.

There’s a family quilt chest that Kevin Wilkins says would be very meaningful for him — even if it meant just repurposing the wood used to make the chest. Sure, he could convert the quilt chest into a children’s toy chest, but he says he could also use the wood from the chest to make, say, a children’s chair.

His mom, Rita, says she wishes she’d had the conversation earlier with her kids about who wants what — and why. But at least she’s having it now. “I know now,” she says, “that anything that weighs them down they don’t want.”

Why? Because I love you – what you need to know when I die will help you organize all your treasured items into a meaningful inheritance for your children – it will do many other things for you as well. I hope it is helpful to you.

You can get my book at Amazon or anywhere books are sold – if you’d like an autographed copy, just write me.

Harris “Hershey” Rosen, is the author of WHY? Because I Love You, a book that says it like it is – “What you need to know when I die”. His book details methods to organize your important personal and family information for those who are left behind.

A graduate of Harvard, Hershey Rosen has focused on controlling chaos since 1954. He was a Financial Control Officer in the U.S. Army, where he received a Letter of Commendation for improvement to its worldwide accounting system. Next, on to satisfying everyone’s sweet tooth, he ran a candy company for 40 years, developing a system for locating ANY item housed in five factories, covering 600,000 square feet.

Following “retirement,” Hershey went on to become a mediator and settled over 200 disputes for the state of Rhode Island and The Community Mediation Center of Rhode Island. He was also asked to team-teach management courses at the University of Rhode Island, where he enthusiastically challenged the text book with real-life experiences, to the delight and edification of the students.

Always passionate about assisting others, Hershey has been a director or trustee of numerous boards and organizations. He has written Creating A Guide So Your Loved Ones Can Go On Living! to help others protect their spouses (and families) from the intense stress that will occur if one does not share financial information and knowledge critical to a functioning home. He then wrote My Family Record Book, expanding on the information in his first book, and finally, in 2020, WHY? Because I Love You was published.

Hershey, who lives in Providence, Rhode Island, can now relax (ha!) with his beloved wife, Myrna, and enjoy visits with their combined five children and ten grandchildren.

“WHY? Because I Love You” – available here: https://amzn.to/32iXJqq