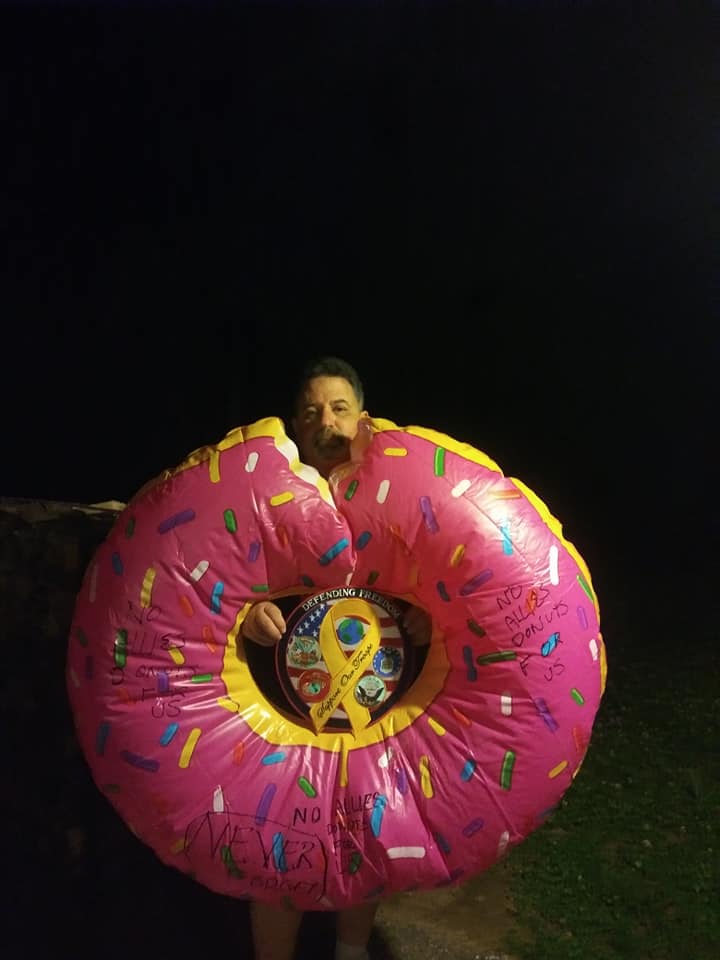 Happening Sunday morning at 8:30am at Allie’s Donuts:

Veterans from Rhode Island and surrounding states will be at the business this morning with an informational protest in support of military, police, and first responders.

The group of veterans is organized under “Never Forget” on Facebook. On that page they recognize the first African American to Earn the Medal of Honor, William Carney, who enlisted to fight in the Civil War “to rid the world of oppression”. Carney served in the Union Army and was assigned to Company C, 54th Massachusetts Colored Infantry Regiment along with 40 other African American men. This was the first official black unit fighting on behalf of the North. During the last battle he would fight, “with the US flag in his hand, Carney crawled up to the walls of Fort Wagner while motivating his fellow troops to follow his lead. He managed to plant his flag at the base of the fort and angled it upright for display”. He would die in that battle and the Medal of Honor was presented, posthumously, on May 23, 1900.

Cianci notes how many minority men and women honorably serve in the three groups Allie’s has “insulted by their actions”.

“Allies Donuts can keep their discount. Thousands of Veterans, families, and supporters will “NEVER FORGET” the actions of Allies Donuts. Simply put, we will BOYCOTT this business establishment under the current ownership,” said John Cianci, retired U.S. Army, disabled combat veteran. Cianci is a combat veteran of Desert Storm and Operation Iragi Freedom, and a Bronze Star recipient, among other military awards..

“It’s not about the discount. It’s about the content of Allies Donuts message and the singling out of local police, first responders, and military.”

Last week the owner of Allies Donuts said they were eliminating a regular discount for police, first responders and military as a way of making things more equal in recognition of Black Lives Matter. “Until police take action to solve the problems with racism and injustice, Allie’s Donuts will stand with the people of our great state.”

Since that time the controversy has gone national questioning the action taken in support of the cause of racial equity, by eliminating the support for all first responders, military, and veterans.

In a Facebook post on the Allie’s Donut page: “We have some explaining to do… we hope that you are willing to stand and speak up with us during these very important and troubling times in America. We thank you all for your love, for your concern, and for your sacrifices.” The owner has created several Instagram videos on their action.

This is a developing story…