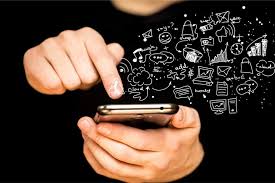 There’s an APP for that… but few takers…

The phone App (Application) – Crush COVID RI – is set to have a second, and a third iteration. But for now, it remains a dud in the COVID-19 toolbox for the state of Rhode Island.

With less than 49,000 downloads, the App is mentioned only anecdotally in periodic updates by Governor Raimondo. Those updates are now more infrequent, going from 7 days a week to 3.

Developed locally as a homegrown prototype by Infosys, an Indian based company with offices in Providence, the intent was that Infosys would develop the platform at no cost to Rhode Island, and Rhode Island would allow Infosys to perfect the app for possible use in other states, and for similar purposes. Salesforce is a partner on the job. Salesforce software is to be partnered with it.

The technology of Crush Covid RI, is separate from the Apple and Google partnership which is working together in other states to create Bluetooth contact-tracing technology to track the spread of COVID-19. That technology, being offered to other states has had a slow rollout, with few states onboard, most preferring the individualized human touch for contact tracing.

Rhode Island’s app would go well beyond tracing, to include health information, symptom tracking, test appointment making, check-in ability and, of course, GPS abilities – like a robust website with bells and whistles.

Anonymity and privacy preservation were key to the marketing messaging of the app, but immediately had reporters delving into stories about the fine print of the legally required privacy notice, and the RI ACLU added their concerns about privacy. An initial 10,000 downloads have hovered at 45,000 then 48,000, and appears to have stalled out around that mark at this time.

Rhode Island’s dive into the high tech, but high privacy concerning app is not unique among states who have ventured into the arena. Other states, using other apps, have met with lack of adoption, leaving high tech companies out of playing a role in this pandemic fight, so far, but giving them much-needed knowledge for the future. As much as high tech can perfect itself, it still needs the human elements of trust to make it work.

One thinks about early forays into telehealth and low adoption rates both on the consumer and the medical establishment side. With the push and shove of necessity from the pandemic, telehealth is now written with a capital “T” on the future of medicine – and there’s no going back. The positive experience of stakeholders (patient, insurer, medical provider), that privacy concerns have taken a back seat, for the most part. We still hear people who delete their app and upload again when needed, so that concern is always hovering in the background.

Concerns about sharing of phone contacts (Infosys says no, that can’t happen), GPS tracking wherever people went (RI says you can turn that on and off at will), and a battery draining experience for some phone users, have put Crush Covid RI stalled in the starting gate. But most haven’t downloaded it, even initially, to see what it’s all about.

According to Business Insider, “…three states — Alabama, South Carolina, and North Dakota — have committed to using Apple and Google’s contact-tracing technology. Nineteen states said they were considering using contact-tracing apps but had not made a decision, and 17 said they were not planning to create an app or use smartphone-based contact tracing at all.”

For apps to be effective in any population-based function, 60% compliance is the minimum goal. Using a rough high estimate of 850,000 adults in RI, that would mean over 500,00 people would need to have the app installed on their phones to be minimally effective. But the state would probably be pleased with half that much.

Singapore, according to BI, managed a 20% adoption rate but rates of COVID-19 spiked regardless.  Most states are employing armies of human contact tracers, and in Rhode Island, that system seems dependent on the RI National Guard to supplement staffing that have been pulled from other state departments. What happens when Guard members leave Rhode Island? New York wants to hire 17,000 tracers; California, 20,000. Early efforts to determine salary levels, etc. were unsuccessful, but could these mean a core group of new jobs, and how would that be paid for?

The ability for Crush Covid 19 to have one’s history of locations given back to them every day would be supplemented by the ability to have names and contact info entered into an on-app contact tracing notebook. This would replace the manual notebook all are supposed to be keeping. Ideally, if one was contacted by the RI Department of Health after a positive coronavirus test, or to tell you you had been in contact with someone else who tested positive, the person would simply upload the notebook to the RIDOH, where it could be used for ease in contact tracing.

Rhode Island’s system had some added features such as general COVID19 information, the ability to record symptoms, a way for a RIDOH worker to check on you daily if you got sick, etc.

It seems as though, regardless of technology proficiencies, behavioral expertsm, “people experts”, will have to be part of the roll-out team to address low compliance and suspicion by humans in a world where every day you read about data breaches and loss of personal privacy. One’s cell phone probably contains more information in one place about one person, than anywhere else. As it’s said, our mobile phones are tiny computers with more capabilities than the computer responsible for the first space launches. For an individual to trust an app “living on their phone” to the state of Rhode Island, or any governmental entity just might be a leap too much to take by most.

Privacy concerns about both personal and business information as well as privacy concerns about divulging and sharing health status present mountains of resistance high technology companies aren’t used to or trained to deal with, as most app downloaders want or even pay for what an app offers.

Three states – Alabama, North Dakota, and South Carolina have committed to using the Apple and Google systems. 19 states, including Rhode Island, have said they have “not decided”, with Rhode Island taking this first step to develop its own app that uses GPS and Bluetooth data. 15 other states have said they have no plans to go the App way.

Coronavirus cases have surpassed 100,000 nationally, and new projections are that we could get to 200,000 by September. That national news, coupled with recent serology testing in Rhode Island showing only a possible 2% positive rate making our state “nowhere near herd immunity”, the task of contact-tracing will surely become a huge undertaking in Rhode Island and throughout the country. Will contact-tracing continue to be a functionable tool in beating or controlling COVID-19, or will we be more dependent on intensive efforts switching to education and prevention and developing treatments and vaccines?