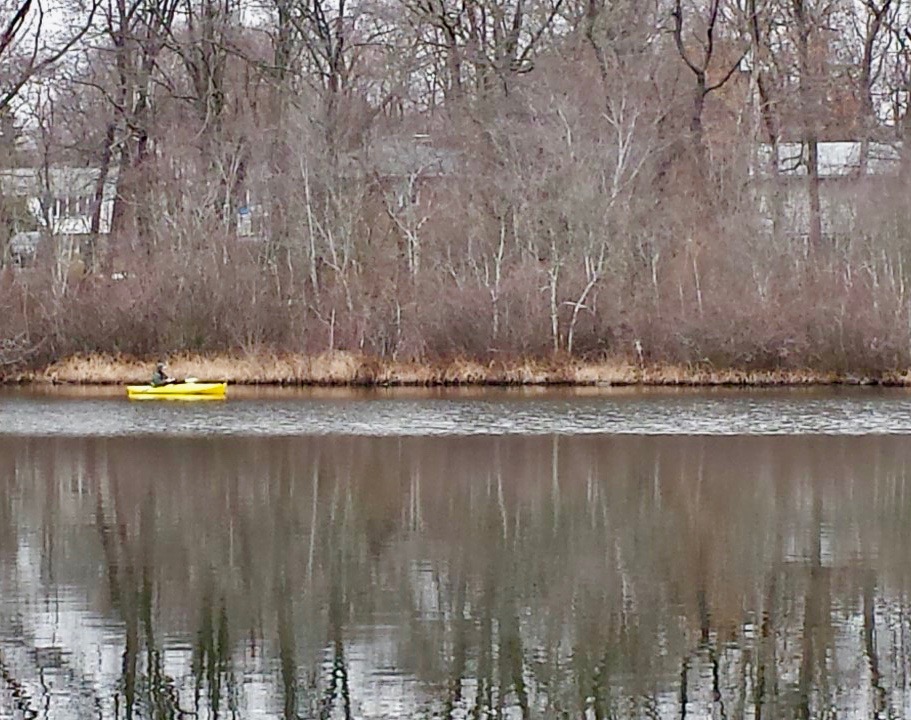 The current warming trend in Rhode Island is bringing spring in early, though the official date is March 20th. The high 50’s temperatures brought the Red Wing Black Birds in 30 days early, and the males are already staking out their territory in some Warwick Ponds.

On a pond on Jefferson Boulevard, two kayakers were doing some early bass fishing with one young lady pictured, here, in the yellow kayak, catching two Largemouth Bass in a short amount of time.

A lifelong dear friend of this writer, Harold “Buddy” Jackson, tried his luck for some early season trout at Silver Spring Lake, Barbers Pond and Breakheart Pond on the warm Sunday we all just enjoyed this past week on the 23rd of February. Though the Trout did not bite, things will improve as Opening Day of trout season is only 7 weeks away.

Stay tuned for more fishing articles as the season approaches.