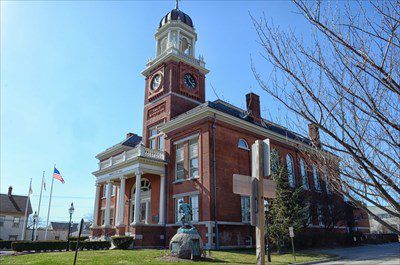 The City of Warwick is honoring the late Mayor Joseph. J. Solomon with the unveiling of an official portrait inside City Hall.

The city will also be dedicating the previously unveiled portrait of former Mayor Scott Avedisian, as well as recognizing the service of previous Mayors of Warwick.

The ceremony will take place in the lobby at City Hall, TODAY, Tuesday, November 16th at 5pm.

The portrait of Mayor Solomon is a photographic image by Josef Blazar of Blazing Editions.. The artist for Mayor Avedisian is Raymond Finelli.