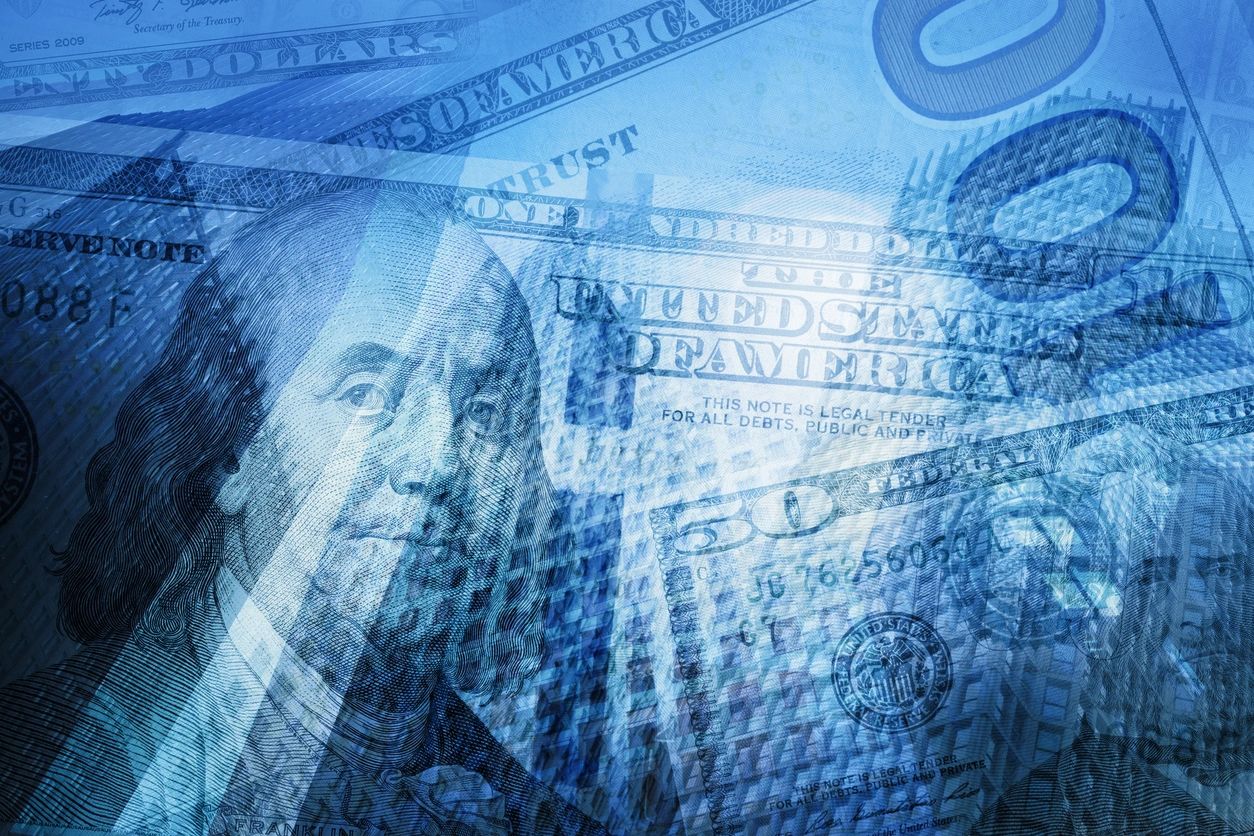 According to this year’s Trustee Reports, “Social Security and Medicare both face long-term financing shortfalls under currently scheduled benefits and financing. Costs of both programs will grow faster than gross domestic product (GDP) through the mid-2030s primarily due to the rapid aging of the U.S. population. Medicare costs will continue to grow faster than GDP through the late 2070s due to projected increases in the volume and intensity of services provided.”

The Social Security Trustees report that the combined asset reserves of the Old-Age and Survivors Insurance and Disability Insurance (OASI and DI) Trust Funds, paying benefits to 65 million retirees, disabled people as well as survivors of deceased workers, are projected to become depleted in 2035, one year later than projected last year, with 80 percent of benefits payable at that time. The DI Trust Fund asset reserves are not projected to become depleted during the 75-year projection period.

“It is important to strengthen Social Security for future generations. The Trustees recommend that lawmakers address the projected trust fund shortfalls in a timely way to phase in necessary changes gradually,” says Kilolo Kijakazi, Acting Commissioner of Social Security in a statement announcing the released report. “Social Security will continue to be a vital part of the lives of 66 million beneficiaries and 182 million workers and their families during 2022,” she adds.

The Medicare Board of Trustees note in its 263 page report that the projected depletion date for Medicare’s trust fund for inpatient hospital care (Part A), covering around 64 million retirees and disabled persons, moved from last year’s forecast of 2026 to 2028. At this time Medicare will only be able to pay 90% of the scheduled benefits when the fund is depleted.

“We are committed to running a sustainable Medicare program that provides high quality, person-centered care to older Americans and people with disabilities,” said CMS Administrator Chiquita Brooks-LaSure. In a statement “Medicare trust fund solvency is an incredibly important, longstanding issue and we are committed to working with Congress to continue building a vibrant, equitable, and sustainable Medicare program,” she says.

In a statement, AARP CEO Jo Ann Jenkins said that this year’s Social Security and Medicare Trustee report sends this clear message to Congress: “The Social Security and Medicare Trustees’ reports should send this “clear message” to Congress: “Despite the short-term improvement, you must act to protect the benefits people have earned and paid into both now and for the long-term. The stakes are too high for the millions of Americans who rely on Medicare and Social Security for their health and financial well-being.”

“These reports also underscore the urgent need for Congress to pass legislation allowing Medicare to negotiate for lower prescription drug prices, which would result in billions of dollars of savings for seniors, the Medicare program, and taxpayers,” says Jenkins.

Jenkins also calls on Congress to increase funding to fix serious long-time Social Security customer service problems, which currently impede or keep seniors and people with disabilities from getting their benefits in a timely manner.

Following the release of the Trustees Report, Executive Director Alex Lawson, of the Washington, DC-based Social Security Works, (SSW) a social welfare organization that lobbies for Social Security Reforms, also issued a statement: “Today’s report shows that our Social Security system remains strong. Protecting and expanding benefits is a question of values, not affordability. That this year’s projections are even stronger than last year’s proves once again that Social Security is built to withstand times of crisis, including pandemics.”

We don’t have a Social Security crisis, but we do have a retirement income crisis. With prices rising, seniors and people with disabilities are struggling to afford food and medicine. The solution is to expand Social Security,” says Lawson.

“At the end of the century, in 2095, Social Security is projected to cost just 5.86 percent of the gross domestic product (“GDP”), less than most other wealthy countries spend on their counterpart programs,” says SSW.

Max Richtman, President and CEO of the Washington, DC-based National Committee to Preserve Social Security and Medicare (NCPSSM), throws in his two cents about this year’s Trustee Report. “The takeaway from the latest Social Security Trustees report is this:  Congress must strengthen the program’s finances without delay. The Trustees project that the combined Social Security retirement and disability trust fund will become depleted by 2035, one year later than projected in their previous report. At that point, every Social Security beneficiary will suffer a 20% cut to their benefits.”

“Seniors struggling to meet rising living expenses need Social Security to be boosted and strengthened. The pandemic, runaway inflation and devastating stock market losses serve to remind us how vital a robust Social Security program is to workers, retirees, the disabled and their families. The clock is running down. The time for fair, just, and equitable action that safeguards Social Security’s financial stability is now,” adds Richtman.

While acknowledging that the trust fund insolvency date may fluctuate from year to year, the urgent need to boost the program’s financing and benefits remains consistent, says Richtman.

NCPSSM’s Richtman says, over the years, the GOP has opposed the expansion and strengthening of Social Security and has called for raising the retirement age, privatization, and more recently, ‘sunsetting’ Social Security and Medicare every five years.  He calls for passage of Rep. John Larson’s Social Security 2100: A Sacred Trust legislation that would extend trust fund solvency by requiring high wage earners to contribute their fair share through an adjustment in the payroll wage cap.

A Washington Insider says that House Speaker’s Nancy Pelosi (D-CA) policy staff are concerned about the cost of Larson’s Social Security fix legislation and are seeking a CBO cost estimate. At press time this measure has more than 200 Democratic cosponsors in the House. The Congressional Asian Pacific American Caucus (CAPAC), Congressional Black Caucus (CBC), the Congressional Hispanic Caucus (CHC), the Task Force on Aging and Families, and the Congressional Progressive Caucus have all called on Pelosi to bring the bill to the House floor for a vote.

“Thanks to the American Rescue Plan, our economic recovery has strengthened both the Social Security and Medicare Hospital Insurance Trust Funds and improved financial projections for these vital programs. But to ensure that every American worker, senior, child, and person with disabilities receives the necessary and earned benefits provided by both Social Security and Medicare, we need to act. That’s why I am an original cosponsor of legislation like Social Security 2100: A Sacred Trust, to not only enhance benefits for seniors and some of our most vulnerable neighbors, but to also guarantee access to these programs for generations to come,” said Congressman David Cicilline, (D-RI).

Congress should look for “medium-term solvency” fixes to ensure that Social Security program can pay full benefits for several decades rather than for the full 75-year projection period, suggests Paul N. Van De Water, Senior Fellow at the Washington, DC-based Center for Budget and Policy Priorities, a nonprofit nonpartisan research organization and policy institute that conducts research on government policies and programs. “But shoring up the program’s financing for a substantial period of time is important for assuring both current and future beneficiaries that Social Security will be there for them in the years to come,” he says.

NCPSSM’s Richtman believes Social Security’s future is now at a crossroads. “We can either cut benefits or expand benefits and pay for it by requiring the wealthiest to pay their fair share,” he says, calling on Congress to hold an up or down votes on Larson’s Social Security legislation.

For a copy of the 2022 Medicare Trustee Report, go to https://www.cms.gov/files/document/2022-medicare-trustees-report.pdf.

Editor’s Note: Herb Weiss has had an opinion piece on his topic of encouraging a permanent Aging Committee to be established in Washington, DC. It appeared in the Tallahassee Democratic, in Florida, on June 6th, titled, “Florida support needed for Pepper’s Aging Committee | Opinion – Herb Weiss” – Read it here: https://www.tallahassee.com/story/opinion/2022/06/05/floridas-congressional-delegation-must-bring-back-peppers-aging-committee-opinion/7491375001/

The article has also been picked up by Yahoo and Community News.