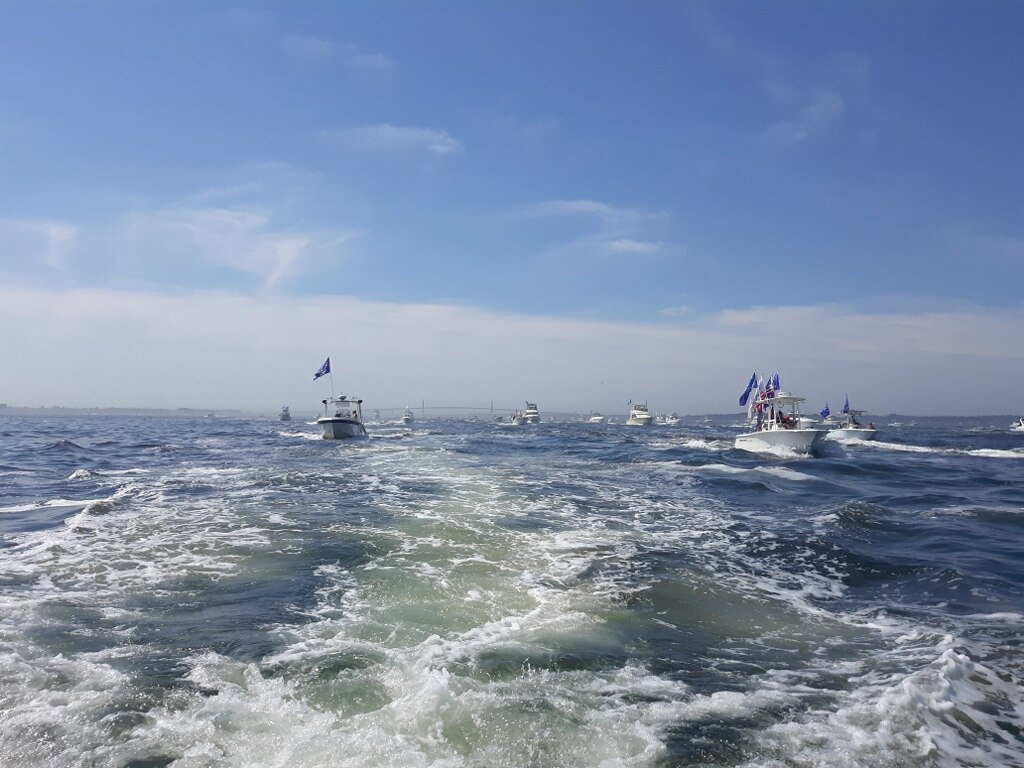 “Trumptilla” by sea – and by land

Just like in Normandy in June 1944, an armada approached the Rhode Island shores in an effort to continue protecting American Freedoms. An armada of countless boats, yachts and wave runners congregated in Newport, Rhode Island, and steamed forward to Colt State Park in Bristol.

It was a beautiful summer day for the event, with a light breeze, however, one could not tell that due to the choppy waters caused by the large number of surface vessels. The fleet made their approach to Bristol, and in unison made a uniform “India Corpen” and proceeded back to Newport and other ports. American flags and Trump flags adorned the vessels, as well as could be seen in the hands of spectators along the shores. An estimated 2,000 people lined the rocky shores of Colt State Park, alone.

In June 1944, Omaha Beach saw some of the most viscous violence; however, on this bright day in August, this Armada was very festive and celebratory. There was no violence, attacks, burning or looting. Just a pleasant cruise and shore gathering. This is a clear example of the type of kind and honorable people I know who support Donald Trump.

This writer who is at home on the water would like to personally thank all the Captains and their respective crews for taking the time for this event in the most troubling of times. I would also like to thank all the landlubbers who lined the shorelines in support of this great event. I am glad we had the wind at our backs. And a special thanks to a great friend, Senator Elaine Morgan, for the outstanding photos taken in the middle of the fleet, which I share here. It is clear that the “Silent Majority” has a well-established Red Beachhead in Rhode Island.