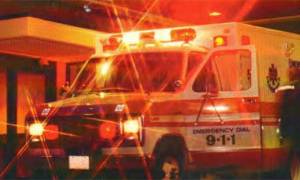 (This story garnered the most readers of the past week – we present it here once again as our Top Story of the Week – with this story, Michael Morse has now become a contributing writer to RINewsToday):

If somebody had told me before I worked in EMS that mildly ill people, younger than me, would call 911, lay in bed until we arrived, allow others to physically carry them from their homes and then wait for 8 hours crammed into an overcrowded emergency room with other mildly ill people, I’d never have believed it.

And if somebody told me all you have to do is call 911 and say you don’t feel good, and people with flashing lights on their vehicles and fancy equipment and nice uniforms would show up within minutes I wouldn’t have believed that either.

But the most unbelievable thing is nobody has the courage to reign in the waste, abuse and frivolity that plagues EMS; not the politicians, not the Fire Departments or their unions, not the ambulance companies, the hospitals, the doctors, or even the medics on the street.

When there is money to be made, and positions to fill, and dues to be collected, and votes to be had, honor is replaced with greed.

And the trucks keep on rolling.

And nobody gets better.

Don’t believe it? Visit your local ER and see for yourself. They’re lined up in the hallways with ambulances standing by outside, waiting to get in.